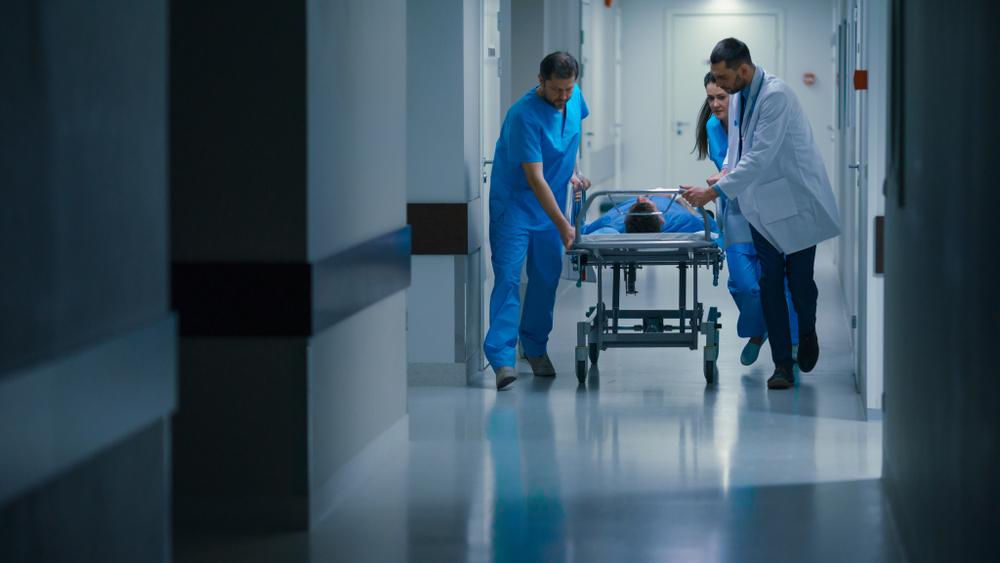 Behind the already daunting figures of the NHS elective care backlog are several other concerning trends that highlight the NHS’ inability to tackle inequality in health service provision. While much of the funding is centred around acute hospital services, early rehabilitation and secondary treatments are crucial to securing a successful trauma patient outcome.

Not only is there a recognised geographic disparity in the NHS backlog, as evidenced by the government’s plan to move patients facing long waiting times to other parts of the country, but there is also a distinct disparity along gender lines. Waiting times for specialist surgery and treatment, necessary for almost all major trauma patients, have increased across all specialities. However, gynaecology treatments have seen the largest increase in waiting time, at 34 per cent. While gynaecological issues are often an indirect impact of major trauma and not directly related to recovery, it points towards a gender bias which could be more widespread.

A recent study from The Journal of Trauma found that women tend to suffer from worse health outcomes following major trauma. The data showed that, in general, following major trauma, women have less functional capabilities, such as physical range of motion and scored worse on quality of well-being and depression indicators.

How can major trauma centres help?

Despite the inequalities experienced by patients, since major trauma centres (MTCs) were introduced in 2012, major trauma mortality rates have greatly decreased. This is thanks to the fact that regional trauma networks divert patients to MTCs instead of rushing them to the nearest A&E department. Local hospitals often lack the specialist consultants and surgeons needed for major trauma injuries and are often very busy. There is evidence that survival rates after major trauma increase when patients are transferred directly to an MTC rather than transferring them to the local A&E department, despite longer travelling times.

There are growing concerns surrounding disparities in patient experience within the NHS, not just service provision, which contribute to health outcome inequalities. The All-Party Parliamentary Group (APPG) for Sickle Cell and Thalassaemia report, No One’s Listening, found sickle cell patients were routinely not listened to, had their pain dismissed and were incorrectly diagnosed with other issues, which can, and has, had fatal consequences.

The majority of sickle cell patients are black, and the report reveals shocking racist attitudes towards ethnic minority patients. This is further supported by The Progressive Policy Think Tank report, Towards True Universal Care: reforming the NHS charging system, which reveals that the charging regime used by the NHS ‘incentives racial profiling’ by encouraging staff to guess which patients need to pay for their care based on their physical characteristics and name. One of the medical practitioners interviewed felt forced to discriminate because of the lack of time or staff to carry out sufficient background checks and/or because patients were unable to communicate when paperwork deadlines needed to be met.

As a result of these reports, we can see why it is deemed that conscious and unconscious bias exists within major trauma services. Given that trauma patients are likely to be in a noncommunicative state upon admission, it is worrying that their health and the cost of it, are influenced by discriminatory opinions. These actions contradict one of the founding principles of the NHS; its universal nature. If health outcome inequalities in ethnic minority populations, as well as those suffering major trauma are to improve, funding, education and sufficient diverse training must be implemented to ensure there is equality in patient experience.

It is clear that those in certain regions, women and ethnic minorities experience worse health outcome inequalities. The NHS does an incredible job and major trauma services are saving lives every day, but there remain disparities within services that point to certain groups receiving a lower standard of care than others.

Major trauma services and major trauma victims cannot be pushed down the government’s priority list and the sooner these patients receive medical intervention and start rehabilitation, the more successful their recovery is. As the healthcare sector begins to recover from Covid-19, it must direct funding, policy and training in the NHS towards programs that will benefit these suffering demographics. If we truly want to “level-up”, all parties involved in the delivery of major trauma care and rehabilitation must target the existing health inequalities between these groups so that they are not further exacerbated.

slider
« Time to Reflect: why SSI prevention is part of the puzzle in addressing the elective care backlog
The government has overseen years of NHS decline, say MPs »