RCS President calls for a “New Deal” for surgery 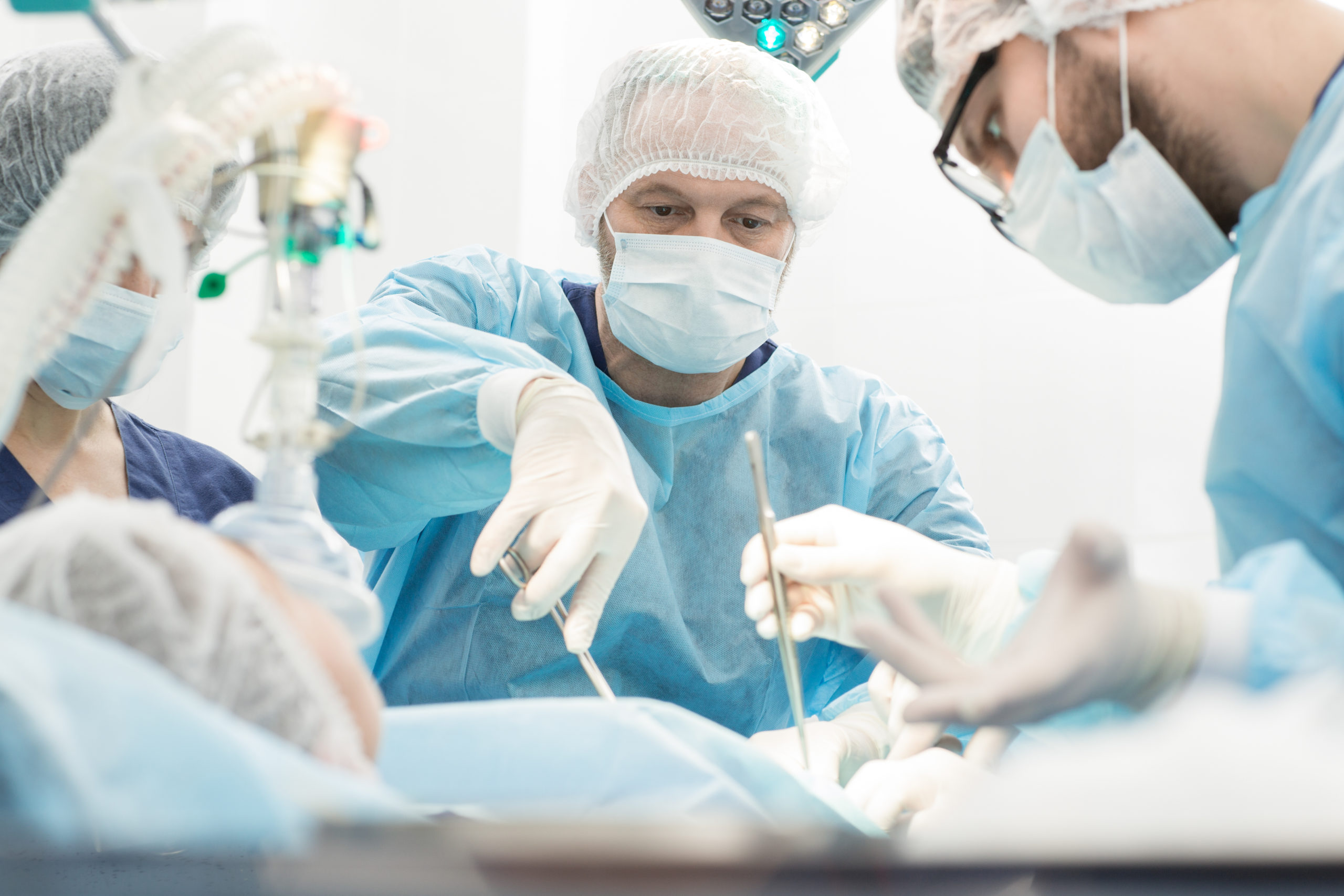 The Royal College of Surgeons of England has put forward a new proposition for elective care in the UK. Its suggested reforms could help chart a course out of the ominous backlogs currently facing the NHS. RCS President Professor Neil Mortensen spoke with David Duffy on the crisis facing UK elective care.

No guesses where the Royal College of Surgeons (RCS) took inspiration from for its latest report. In the same way Franklin Delano Roosevelt transformed America following an economic blackhole, RCS President Professor Neil Mortensen is seeking to transform the surgical profession during a similarly bleak period for healthcare.

There are 5.3 million people on NHS waiting lists, and over half a million of those people have been waiting for over two years for treatment. It t is estimated that nothing short of 120 per cent of pre-pandemic activity would need to be sustained over three to four years for the sector to have a hope of bringing these numbers down. Without a monumental effort, it is expected that this already daunting total waiting list could grow to 9.7 million by 2023/24.

A New Deal for Surgery, published by the RCS in March 2021, sets out 12 recommendations to create a sustainable proposition for UK surgery and to bring elective care in the UK back from the brink. The report’s recommendations outline reforms to the workforce, surgical training and access to technology, as well as outlining entirely new models of surgical care provision.

Problems long in the making

“We can’t just go on accepting that surgical facilities can be used as a reservoir every time there is a crisis, we need a substantial increase in built-in capacity and we need it quickly”

The problems highlighted by A New Deal have been long in the making. Even before Covid-19, waiting lists have been on an upward trajectory. In 2019, the Health Foundation found that parts of the NHS in England were already experiencing the worst performance against waiting times targets since the targets were set. The number of people waiting more than four hours in A&E departments was at its highest since 2004, and more people were waiting over 18 weeks for non-urgent (but essential) hospital treatment than since 2008.

In January 2018 elective care in the NHS was paused for almost a month to combat a serious outbreak of flu. “We got away with it in 2018,” says Professor Mortensen, “but we never learned our lesson, the issue did not truly become part of the public consciousness and the politicians did not take notice. The pandemic has made it abundantly clear how dangerous it is to run a health system with virtually no spare capacity.”

The pandemic has placed a spotlight on this dangerously low level of spare capacity in the NHS. Like many other arm’s length bodies, the RCS is looking to take advantage of this increased attention and enhanced public understanding of health service pressure to finally create tangible improvements.

“If the emergency rooms are full, the patients must go somewhere,” explains Professor Mortensen, “and where they normally end up is in elective surgical beds – this constantly results in cancelled procedures and disrupts the entire patient pathway.

“We can’t just go on accepting that surgical facilities can be used as a reservoir every time there is a crisis; we need a substantial increase in built-in capacity and we need it quickly.”

The impact on patients waiting for procedures cannot be understated, both in terms of the continued pain of delayed treatment and the mental health implications of mentally preparing for a surgical procedure only to have it cancelled at the last second.

The backlog itself is not a novel issue, but the widespread disruption to surgical training has created yet another challenge for the NHS to contend with. Staff from all corners of healthcare provision redeployed to different parts of the sector as elective procedures ground to a halt, a factor Professor Mortensen is eager to stress. “Surgical training essentially stopped as a result of the pandemic; this is badly compromising the future of the profession.” Logbooks from the RCS show a 50 per cent reduction in operations with trainees as the primary operating surgeon from 2019 to 2020.

“We need an environment in which surgical provision and training can go on unaffected despite what else is happening in the health and care space.” Crucial to this will be changing the dynamics of surgical delivery across the country.

“A surgical team is an ecosystem of staff,” says Professor Mortensen. “If any part of that ecosystem goes down due to ‘pinging’ or self-isolation, the entire process can fall apart, resulting in cancelled procedures and ultimately adding to the waiting list.”

The health sector cannot guarantee that there will not be another pandemic or spikes in demand that cause major disruption to healthcare provision. Therefore, the RCS has proposed a shake-up of the structure and infrastructure that surrounds care provision, and these reforms go far deeper than simply calling for increased funding. A new way of delivering care is required.

Central to recommendations made in A New Deal is the establishment of surgical hubs. These are designated areas for planned and elective surgery outside of central hospitals that enable “high volume, low complexity” standard surgery to continue when medical demand increases elsewhere. This would crucially include orthopaedics trauma surgery, which represents the single largest backlog in elective care. “If you can accurately predict when patients can get their surgery and get out, surgical teams can begin to build momentum and develop a rhythm of surgery, protecting the patient pathway and staff morale,” explains Professor Mortensen.

The principle has already been demonstrated throughout the pandemic, with the independent sector being used as a pressure valve, allowing over three million people to receive treatment while NHS elective care was halted. This was in essence a demonstration of the surgical hub principle in practice.

“This allowed us to provide surgery in ways that we would not have been able to,” says Professor Mortensen, “but it is unrealistic to think that this outlet can be there for the medium to long term. We need a long-term investment in beds and doctor numbers, as well as a committed approach to surgical hubs, within the NHS to reduce reliance on the independent sector.”

The RCS’s own research shows that 73 per cent of patients would be happy to move away from their locality to secure safe and timely treatment, and that surgical staff would be prepared to travel to prevent procedure disruption. “But civic pride of some trusts has often prevented this movement,” claims Professor Mortensen. “Trusts feel obliged to be able do everything, to offer every procedure – as a result the issue has become political.”

The development of integrated care systems (ICSs) presents a unique opportunity to shift this mindset. As providers strive to connect currently disparate parts of health and care services under a banner of integration, surgical hubs could play a crucial role in streamlining surgery and maximising output from health providers. The RCS is calling for the establishment of at least one surgical hub within each ICS. This hub would be connected to hospitals and centres in the region, allowing hospital resources to be concentrated where they are needed most.

“ICSs will have a crucial role in addressing inequity of care provision in a region, ensuring timely access to care and that no part of the population is unfairly disadvantaged.

“Some hospitals have already been working within their own estate to create surgical hubs,” says Professor Mortensen. “If we could reassure trusts that there is going to be consistent money for this over the next five years, this would allow them to look ahead. If they can’t, then they should be able to work with the local ICS to see if alternative solutions are available.”

Franklin D Roosevelt’s New Deal was born out of the principle of Keynesian economics and of sustained public investment and rooted in a belief that this investment would pay dividends. Naturally, much of the RCS’s proposition is underpinned by a call for sustained government investment. The “elective recovery fund” was set up by the government to reward trusts for achieving a certain level of elective activity, and the RCS is calling for an additional £1 billion every year for the next five years, specifically designed to bring the backlog down.

Action is needed quickly. Behind the astronomical backlog figures are real people waiting for procedures, many of whom are in pain or psychological distress. Inevitably, some patients will die while waiting for a procedure that the NHS was unable to deliver in time.

Millions of lives will remain “on hold” until the Government takes heed of this “New Deal”, and places NHS surgery and elective care on a true road to recovery.