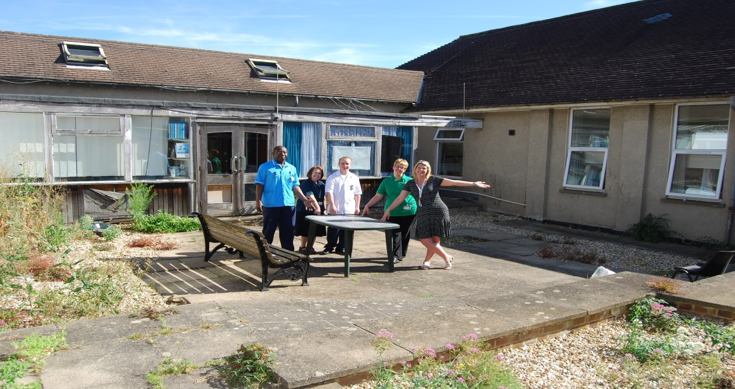 Kettering General Hospital NHS Foundation Trust is making headway with its innovative new dementia garden, after raising £40,000 through the Forget-Me-Not Appeal in its first year.

The appeal was launched in March 2017 to transform a courtyard adjacent to the Lamport and Twywell wards, built in 1932, into a dementia-friendly garden where patients can safely be active. The campaign is seeking to raise £200,000 overall to complete the development which would be the first of its kind in Northamptonshire and one of only a few nationally.

In the UK there are currently 850,000 living with dementia, a number that is expected to increase to over 1 million by 2025. Locally, between 20-25 per cent of over 75’s admitted to the Trust with an acute illness have dementia, some of roughly 8,000 individuals living with the condition in Northamptonshire.

Families and businesses from the surrounding area all contributed to the project which seeks to provide a space that is both safe and stimulating for dementia patients. The Trust believes strongly that keeping patients active is crucial to maintaining wellbeing. However, the dementia garden has the added benefit of ensuring that those recovering from ill health are able to maintain their independence and be social in a safe space.

Following the early success of the project, the second phase involves transforming the ward areas themselves into a more dementia-friendly environment. The Trust is also looking to develop an office area for dementia nurse specialists, providing a space for conversations with patients and families.

Jayne Chambers, Capital Programmes Operational Delivery Manager and organiser of the appeal, said: “One of the ways that dementia presents in patients is that they can become restless and need to be actively engaged, walking around and investigating their environment.

“We want to create a new kind of dementia-friendly environment in the courtyard next to our older adult wards by turning the courtyard into a garden area with flowers, activity stations and a seaside theme so that it is a safe and stimulating place for dementia patients – and their families – to spend time while they are in hospital.” 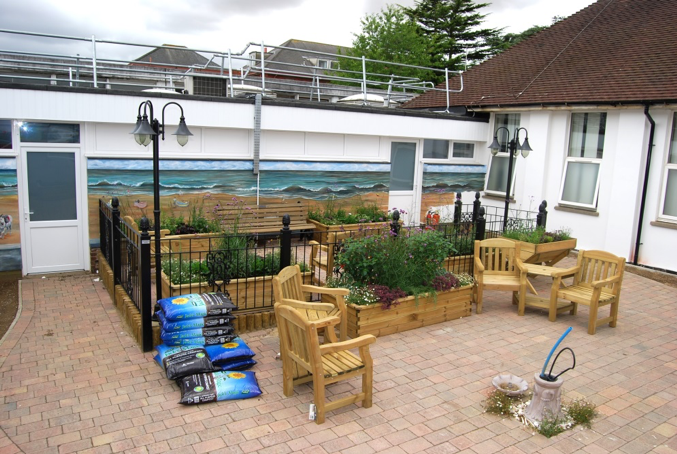 Leanne Hackshall, Director of Nursing and Quality, said: “This new initiative is another aspect of our AGE (Academy for Geratology Excellence) programme, launched in 2014, that is taking shape. This program is developing new approaches to the care of older people that are sensitive and exemplary.”

With the challenge of Britain’s ageing population and increasing numbers with the potential to develop and live with dementia, Trusts need to look at alternative methods of treatment for vulnerable individuals. Could Kettering be leading the way?

« Discuss, debate and get on and deliver integrated care
Is greater choice needed to speed up adoption of new technology for patients? »