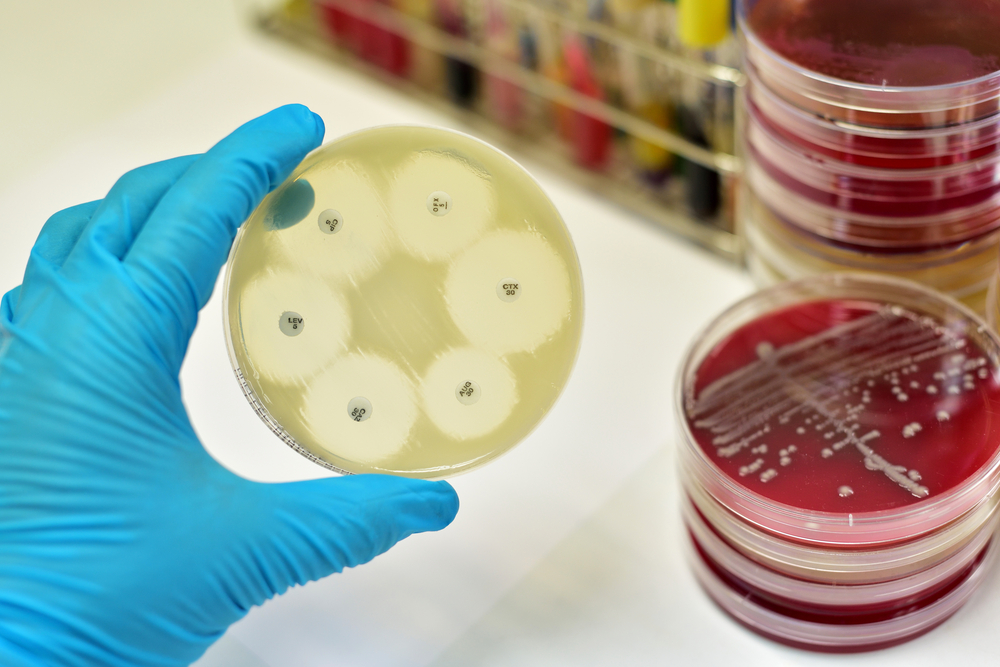 As antimicrobial resistance continues to proliferate globally, Jo Shorthouse explores how light-based, or photodynamic therapies, are leading the way in the search for alternatives to antibiotics.

The healing power of light has been known for millennia. The first detailed evidence for the antimicrobial activity of certain photosensitizers combined with light was documented in Munich by Oscar Raab, working in Herman von Tappeiner’s laboratory at the turn of the 20th century. Raab noticed that the toxic effect of acridine dye on paramecia was greater on sunny days.

Overshadowed by the development and success of antibiotics, another 80 years would pass before work in antimicrobial photodynamic therapy (aPDT) began to develop into the range of therapeutic applications in use today, particularly driven by the emergence of antibiotic resistance.

Since that time, several conditions have been shown to benefit from the therapeutic effects of light including psoriasis and newborn jaundice. In the early 1990s, it was found that photosensitizers could be used in conjunction with light to kill microorganisms such as bacteria, and that yeasts and viruses can also be inactivated in this way. Cationic sensitisers have been proven to kill both gram positive and gram-negative bacteria in the presence of light.

Light-based therapies have evolved into systemic applications (known as photodynamic therapies, or “PDT”) and topic applications (known as photodisinfection therapy). Both types of light-based therapies have come a long way in terms of research, application, and expertise. Photodynamic therapy is a combination therapy involving light activated photosensitizers to diagnose and treat various types of cancers and pre-cancers, macular degeneration and skin diseases. More recently, photodisinfection has been gaining traction and public attention for its efficacy against multidrug resistant biofilm infections involving a broad spectrum of pathogens including bacteria, viruses, and fungi.

Its application as a prophylactic antimicrobial therapy is an underused and exciting area with a great deal of promise. Leading physicians and academics believe photodisinfection could bring an important new dimension to the fight against antimicrobial resistance (AMR), a threat which, according to The Lancet, was directly responsible for an estimated 1.27 million deaths worldwide, and associated with an estimated 4.95 million deaths, in 2019.

‘The father of aPDT’

Professor of Microbiology Mike Wilson has been studying the effects of photodynamic therapy at University College London (UCL) since the late 1980s, concerned by the threat of AMR, and galvanised by the lack of new antibiotics coming down the drug pipeline. Wilson published 86 research papers on the subject, dating between 1992 and 2014. Today, he is held up as the ‘father of aPDT’, responsible for bringing it back into modern practice and lauded for his seminal contributions to its development as a tool against antibiotic-resistant pathogens.

Working predominantly in dentistry, he started looking at localised infections, for which the standard of care would be to use “huge amounts of antibiotics” such as minocycline and metronidazole. Wilson’s team began with periodontal disease, gum diseases, and then moved on to wound infections, sinusitis and burn infections.

The UCL team worked on a process that involved the administration of a light-sensitive compound, known as a photosensitiser (PS), followed by light irradiation at a specific wavelength that electrodynamically pumps the PS into an excited and cytotoxic state. The excited-state PS can then engage in several different reactions that are destructive to microbes.

Describing his targeted, non-systemic, antimicrobial approach, Professor Wilson explained that “photodisinfection is ideal for topical infections, something on the surface of the human body, but that could be an internal surface such as the sinuses, the mouth or the skin, anywhere you could apply the photosensitizer and then radiate with light.”

One of the fundamental advantages of this approach in the fight against AMR, is that bacteria do not become tolerant to light therapy. “We’ve done lots of experiments to show that if you expose bugs to sub-lethal doses of light and the photosensitiser, they don’t develop resistance over dozens of generations. It is very unlikely that bugs would ever develop any resistance, and this is a very important plus to this approach,” Wilson explained.

“Using photodynamic therapy and photosensitisers, you are not finding a single target,” explained Wilson. “If you expose a bacterium, a yeast, or a fungus, to the photosensitiser the whole organism is disrupted. It affects the membrane, it affects metabolic processes, it destroys the DNA, multiple targets within the cell. Microbes can’t develop any resistance to this approach, because it’s multi-factorial and multi-targeted. It is also just as effective against pathogens in biofilms as it also attacks the biofilm’s protective exopolymer matrix.”

In 1999, the Canadian firm Ondine Biomedical licensed Wilson’s approach for the treatment of oral pathogens. Since then, Ondine has further developed this platform technology, creating a rapid nasal decolonisation therapy that eradicates a broad spectrum of pathogens in minutes. The system, Steriwave, involves swabbing a blue disinfecting liquid inside the nose. Nasal light tips are then gently inserted into the nose and transmit red activating light on the area for a few minutes. It reduces the reliance on patient compliance and screening and eliminates the potential generation of resistance associated with topical antibiotics and other antimicrobials.

It has been used in Canada for the past decade and has helped Vancouver General Hospital, one of Canada’s largest hospitals, reduce surgical site infections by 84 per cent during an eight-year period. An estimated 53 infections were avoided per year, at an annual cost savings of C$4.24m. Discussions with the NHS are already underway.

While it may be easier to simply take a pill, the application of aPDT is very simple and takes under five minutes. Compared to multiple applications of a sticky topical antibiotic such as mupirocin, photodisinfection has a much higher adherence rate and is much preferred by nurses who administer the treatment.

At a time when options are dwindling, the work of Professor Wilson gives medical practitioners vital alternatives. “I am truly looking forward to seeing this technology soon adopted by the NHS. Given the excellent track record and cost savings established in Canadian hospitals and our own current record levels of surgical patient backlogs, I expect that we shall soon be seeing this adopted here in the UK,” stated Wilson. “This technology has over thirty years of development work behind it and with AMR gaining traction, the time has certainly come for widespread use of this important antimicrobial.”

Ondine Biomedical has pioneered the research of Professor Wilson in several applications outside of nasal decolonisation. Pipeline products include treatment of burns and wounds (both to eradicate pathogens, and to separately enhance wound healing); treatment of long-term catheter ports, locks and hubs such as those involved in dialysis; treatment of antibiotic-resistant otitis externa; and treatment of viral conditions including peri-oral herpes virus lesions and oral lichen planus, neither of which are susceptible to antibiotic prophylaxis. Other products include those for chronic sinus disease refractory to surgery, systemic antibiotics and/or steroids; and eradication of biofilms in ventilator tubes which cause ventilator-associated pneumonia.

One of the most pressing modern concerns is, of course, Covid-19 and the emerging threats resulting from the gain of function capabilities spread across other viruses. It is well established that SARS-CoV-2 infection starts with the virus living and multiplying in the nose and nasopharynx for up to 14 days before moving down to the lung and potentially causing more serious disease.

While the pandemic has been lessened by the extraordinary use of vaccines, there is no effective approach for killing the virus while it is still located in the nose and throat. By treating early in the course of the disease it may be possible to avoid further spread or to minimise future symptoms. Ondine has recently concluded a clinical study involving asymptomatic and mildly symptomatic Covid-19 patients. The study will evaluate the impact of infectivity and symptoms resolutions of nasal decolonisation on asymptomatic SARS-CoV-2 infected individuals.

If the technology is approved for use in Covid populations, treatment could reasonably be expected to delay onset of Covid-19, reduce severity of symptoms, reduce human-to-human transmission rates, and permit more time for innate immunity responses to develop. Additionally, because of the broad spectrum of photodisinfection, this therapy could reduce opportunistic secondary infection rates from a variety of viral, bacterial, and fungal pathogens that add to patient morbidity and mortality risks. As the therapy does not generate resistance, it suggests that nasal photodisinfection should be considered as a part of the PPE protocols for at-risk healthcare professionals regularly exposed on the front lines.

Today, the use of aPDT might seem to be cutting edge. However, data has proven that this approach will become widely adopted, providing optimism for the future fight against AMR, and Covid-19.