COVID-19: Unreal silence through the streets of Venice 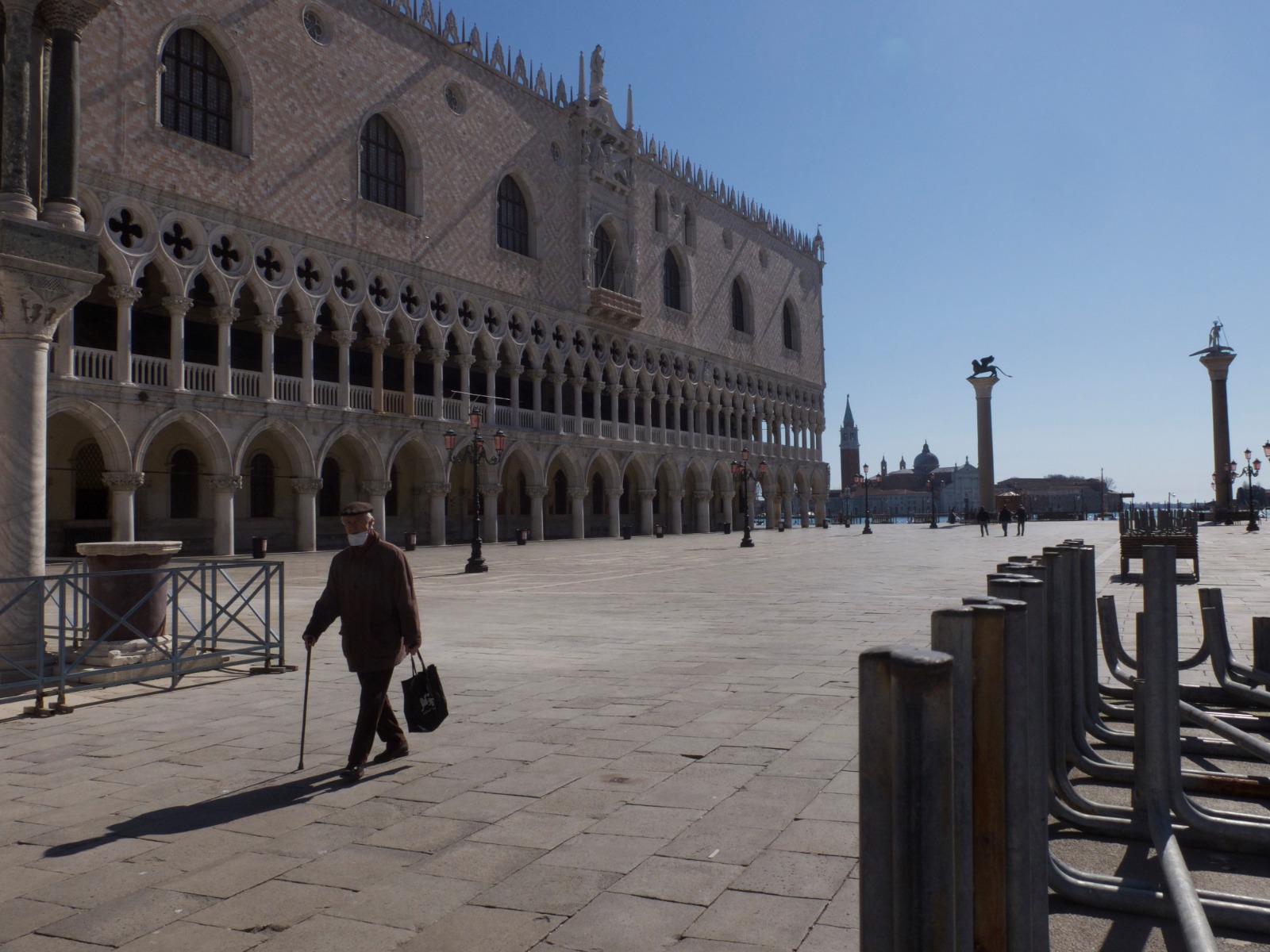 Hospital Times Junior Editor Francesco Tamilia and Italy correspondent Matilde Moro report from Venice, an iconic city usually host to millions of visitors every year from across the globe. Today, the city is silent.

As I walk through the streets of Venice, the first thing that strikes me is the silence. Around 30 million tourists visit Venice every year, yet the city is now experiencing an unreal quietness. The crowds of tourists, usually the favourite object of complaint for the locals, have made way – leaving a surreal atmosphere. You can’t see the virus, and yet it is there. It’s in all the closed shops, in the empty squares, and in the masks worn by the very few people I cross paths with. Above all, it is in the absolute absence of sound that marks the quarantine of a whole country.

Italy is in the middle of a war.If you look at the many pictures circulating online, this is the first impression you would get. Earlier this week Italian military trucks transported coffins from the worst-hit town of Bergamo, Lombardy to remote cremation sites because the morgues can no longer cope with more deaths. During a news conference yesterday, Lombardy’s Governor Attilio Fontana told everyone to stay indoors, and warned that “soon we won’t be able to help who becomes infected. ”

Above all, it is in the absolute absence of sound that marks the quarantine of a whole country

December 31, 2019 is the date that will be remembered for a long time as ground zero of the coronavirus pandemic. Ironically enough, the last day of the year and the first of what will be a new era. Just a little less than two months after the first case in Wuhan, Italy declared the first positive case in Codogno, a small town in the north of the country, on February 21.

The death toll from coronavirus in Italy has now overtaken the number of reported deaths in China. The Italian Ministry of Health confirmed that more than 40,000 people have now tested positive to Covid-19 – more than 3,000 have died, and just over 4,000 have recovered. The number of cases has doubled in a week and nearly 2,000 people are at this stage in intensive care.

However, experts claim the peak of the contagion is still yet to be reached.

Roberto Burioni, Italian physician and Professor of Microbiology and Virology at the Vita-Salute San Raffaele University in Milan, has told Hospital Times that although the Italian Government initially underestimated the problem, it is now taking rightfully drastic actions to tackle the outbreak. He also urges the UK not to make the same mistake and warns the UK government to “be ready, do not underestimate the issues and equip hospitals to accommodate large numbers of patients.”

Under these extraordinary conditions, the healthcare system in Italy is changing and adjusting at every level to combat the outbreak. Firstly, new government legislation on the 17 March announced additional funds to support the economic effort currently undertaken by the national healthcare system. The same act also introduced 20,000 new medical staff, and the increase of the national contingency fund up to €1.65 billion.

To cope with the mounting pressure on hospitals, Veneto’s Governor Luca Zaia promised to open a “COVID Hospital” in all Veneto city councils. Similarly, in Rome, Governor Nicola Zingaretti, who is currently in self-quarantine after he tested positive for COVID-19, decided to implement the construction of four “COVID Hospitals”. These new hospitals will be built exclusively to tackle the high demand for coronavirus care and provide up to 1,500 new beds for the nation.

A government ordinance on March 8 identified a ‘Red Zone’ which included Lombardy and 11 other cities in the north of Italy, placing them on effective lockdown. This was followed by an extension the next day to the entire country. As a result, there are no clearly identified outbreak centres any more, although the virus’s spread still seems to be more dramatic in the northern region, with more than 17,000 cases confirmed in the Lombardy region alone.

The government policy is clear and applies to everyone: all citizens are advised to stay home as much as they can, and only go out in cases of absolute necessity. Every activity outside the home must be justified by filling out a self-certification form that can be contested by the police should the reasons provided not be deemed sufficient. Fines can be levied up to €206, and penalties can even include imprisonment.

At this stage, the government is relying on three key factors to decrease the speed and severity of the contagion: manufacturing as many test kits as possible to monitor the population and control the spread, relying on tough fines for social isolation infractions to persuade people to limit social contact, and creating more beds in the hospitals to be able to treat every person who might get sick.It is undoubtedly hard to stay positive in such troubling times. Yet, Venice’s beauty remains and encourages us to always look at the bright side

It is undoubtedly hard to stay positive in such troubling times. Yet, Venice’s beauty remains and encourages us to always look at the bright side

Another critical aspect at this moment is a social one – which the government seems to have neglected as it focuses on the healthcare emergency. As much as the quarantine seems to be effective in slowing down the spread of the virus, its effects are potentially disastrous for the social fabric, particularly with regard to the elderly and the children where there is a risk that being confined at home might lead to an increase in the number of cases of depression, loneliness, and social isolation. A risk which the government and the institution will necessarily have to take into account as they proceed with the next steps.

It is undoubtedly hard to stay positive in such troubling times. Yet, Venice’s beauty remains and encourages us to always look at the bright side. As a result of coronavirus lockdown and a drastic drop in water traffic, residents have noticed a significant improvement Venice’s usually murky waters. Although fish can now be seen swimming in clear water, nobody knows when people will return to the streets of Venice.

Professor Mike Bewick: A reappraisal of health and social care