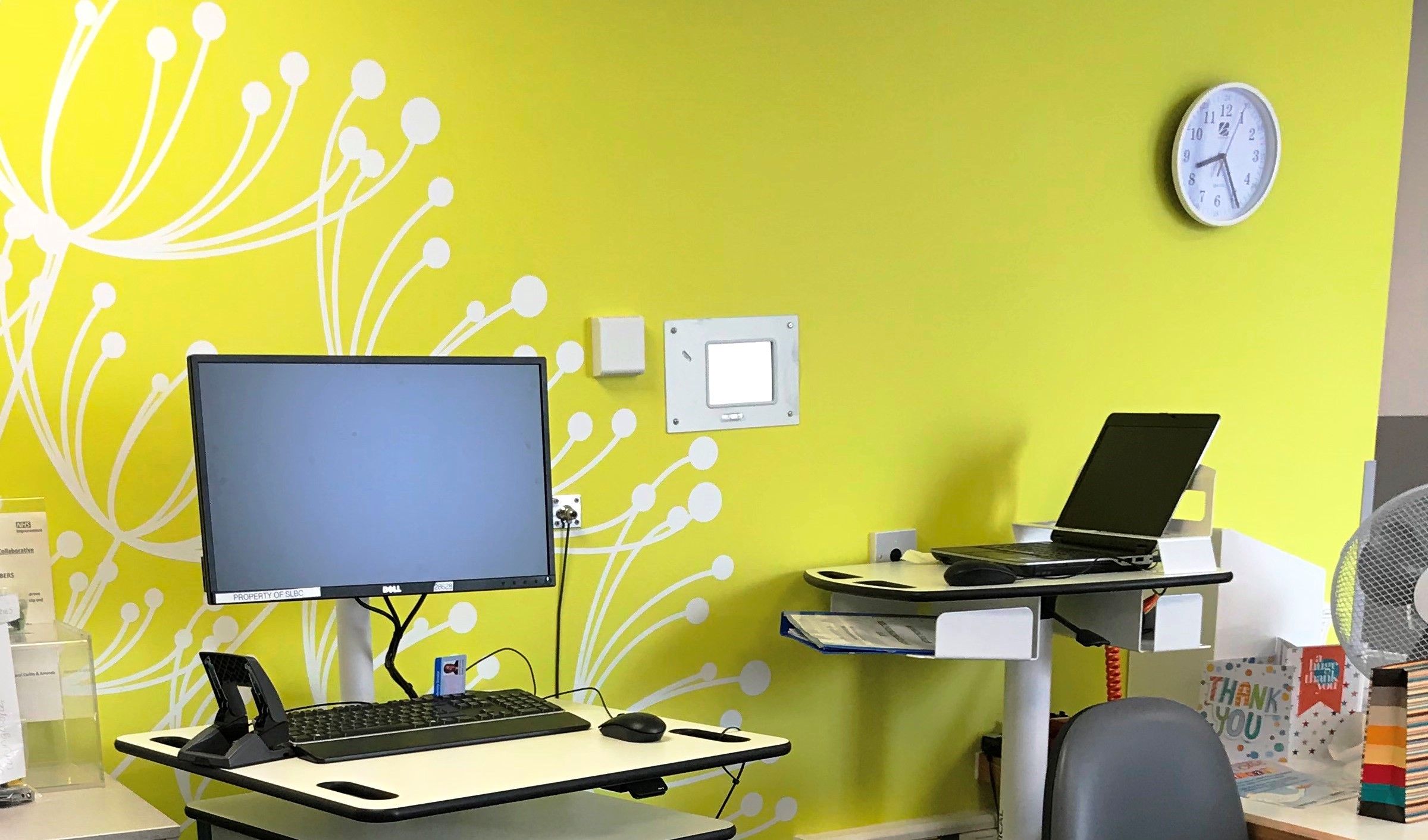 Over the past decade, University Hospitals of Morecambe Bay NHS Foundation Trust have seen a range of improvements thanks to its increasingly developed Lorenzo Electronic Patient record system (EPR). Two instrumental figures in this progress, Chief Clinical Information Officer Colin Brown and Chief Information Officer Andy Wicks, spoke to Hospital Times about the work involved in this digital journey.

The EPR is now a ‘golden thread’ through the Trust’s hospitals and is being used by staff as soon as a patient enters a hospital via the Emergency Department or Outpatient clinic until they are discharged. The way in which staff work has been revolutionised – they can access up-to-date patient information instantly – from anywhere in any of the Trust’s three main hospitals.

By reducing the amount of forms and paper needed over the past few years, the EPR has saved the Trust £196,000. “We were a heavily paper-dependent organisation,” said Colin, reflecting on working life before implementing the EPR. “It was a very 20th century way of working.”

The initial step for the Trust was to digitise the paper records they already had, a process that began in 2010. Over the next few years the Trust began deploying different parts of the EPR, such as an early bed management system that allowed nurses to instantly allocate beds, an admissions assessment system in 2011 and changes to the emergency department which went fully digital in 2012.  Furthermore, a £1.3m government-funded project to expand the use of EPR whiteboards has provided an alternative interface for all nurses to monitor patient progress instantaneously.

“an evolution, not revolution”

While each system deployment represented a breakthrough in patient care for the Trust, both Colin and Andy were keen to emphasise that the work happened incrementally and slowly. “It was an electronic evolution, not a revolution,” said Andy. “The strategy to have a single point EPR system was decided in the 1990s.”

The point at which the Trust truly began making strides was in 2004, when Andy joined the Trust as Head of IT and began merging the team with Morecambe Bay CCG’s IT team. A process of procurement lead to Lorenzo being chosen as the main EPR supplier in 2016. This was followed by an 18-month EPR optimisation progress that built on the foundations put in place over the previous decade.  “We delivered everything we said we would and within budget,” said Colin, reflecting on this success.

Actively-engaged clinical staff was key at Morecambe Bay.  “All of this was clinically led,” said Andy. “Clinical design authorities were formed and allowed clinical leadership to become engaged with the design of each device interface and they were able to oversee the EPR project from start to finish from a medical perspective.”

According to Colin, the fact that clinical staff wanted to take part and recognised the need for change was the most crucial ingredient to success. “Without the workforce being ready to change, you simply can’t do it,” he said.

The combination of clinical involvement and cooperation from executive leadership ensured that every decision was fully informed and made with utmost attention to patient safety. The e-prescribing programme was delayed by four weeks as the workloads for hospital staff meant there was not enough free time to train the clinicians properly.

With involvement from nurses, clinical staff, executive leadership and primary care, the project began to take a pace of its own. “It morphed from being IT-led into a clinical lead informatics position,” Colin said. Andy added “At some point we passed the tipping point and after the nurses came on board, we were the ones struggling to keep pace with the change.”

But can this type of success be replicated in other Trusts?  “You couldn’t just take our model and drop it into other Trusts without our leadership structures and expect it to work,” said Andy. “There will always be those that have sophisticated understandings of digital technology and know the functionality of that tech inside out. But if we have learnt anything from the past few decades, it’s that you can’t just throw technology at an NHS Trust and expect it to stick. You need top-to-bottom leadership structures ready to embrace the potential of digitisation.”