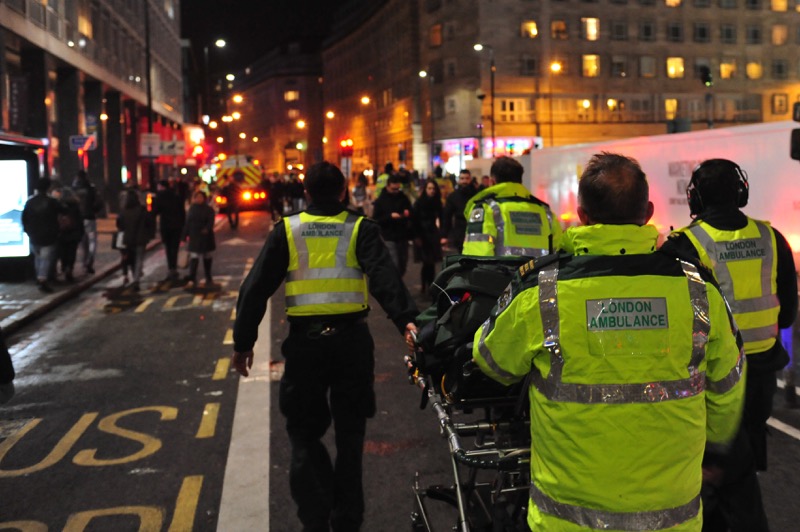 A new initiative has been announced to boost wellbeing for frontline healthcare and emergency service staff.

This January four charities, in partnership with Blue Light Card and Get Active, have teamed up to support frontline staff and help boost morale with the launch of a special fitness and wellness challenge.

The Fire Fighters Charity, The Air Ambulance Service, The Ambulance Staff Charity and Police Care UK have joined forces to help raise spirits and vital funds for the charities that support critical workers. The public are being asked to ‘get active’ and take part in a series of month-long sponsored exercise and wellness challenges.

The challenges include running, cycling, yoga and mindfulness – all of which have been designed to boost the physical and mental wellbeing of participants, supporting those who work tirelessly each day in some of the nation’s most stressful professions.

The campaign also follows a recent survey of Blue Light Card members, which revealed that 43 per cent of frontline workers have found it hard to stay positive over the past year, with workplace stress singled out as the biggest contributor to stress levels. In a bid to show resilience, and to improve mental and physical health, two thirds (66 per cent) of those surveyed tried new ways of exercising as routines changed and the nation learned to adapt to a new way of life.

Figures from Get Active also revealed that one in three people of working age suffer with poor mental health and 70 million working days are lost each year in the UK as a result.

The new campaign is running from 18 January until 14 February with participants encouraged to get involved by registering online on the Get Active website.

Tom Dalby, CEO of Blue Light Card, said: “The Covid-19 pandemic has meant that our emergency service workers have been working tirelessly, often with little time for themselves. As a result, for many, this has left their physical and mental health taking quite a hit. But for those that have managed to find new ways of exercising, the benefits have been recognised.

“Supporting emergency service teams has always been at the core of what we do, and even more so after we’ve seen first-hand just how hard they’ve worked to keep us safe this year. That’s why this campaign is particularly special for us.

David Kelly, Director at Get Active Challenges also commented on the partnership: “History has demonstrated that during our most testing times, we can learn, develop and progress the most. Recognising the challenges faced by everyone in these uncertain times, we are really appreciating the power and accessibility of activity at a time when it’s most needed.

“We are delighted to be able to provide our Get Active platform to the UK emergency services and their supporters, encouraging new ways for them to adapt, move and stay well, whilst supporting the essential work carried out by their charities. We hope to see as many people as possible across the UK take up the challenge, stay motivated and have fun.”

Following recruitment to the challenge over the festive period, those taking part will be able to download the Get Active app and track their progress during the month. There will be points awarded for taking part in activities and a leader board will be updated throughout the duration of the campaign with the overall winner crowned on 14 February.

For registration and more information on the Blue Light Get Active Challenge visit: https://getactivechallenges.com/bluelight/.