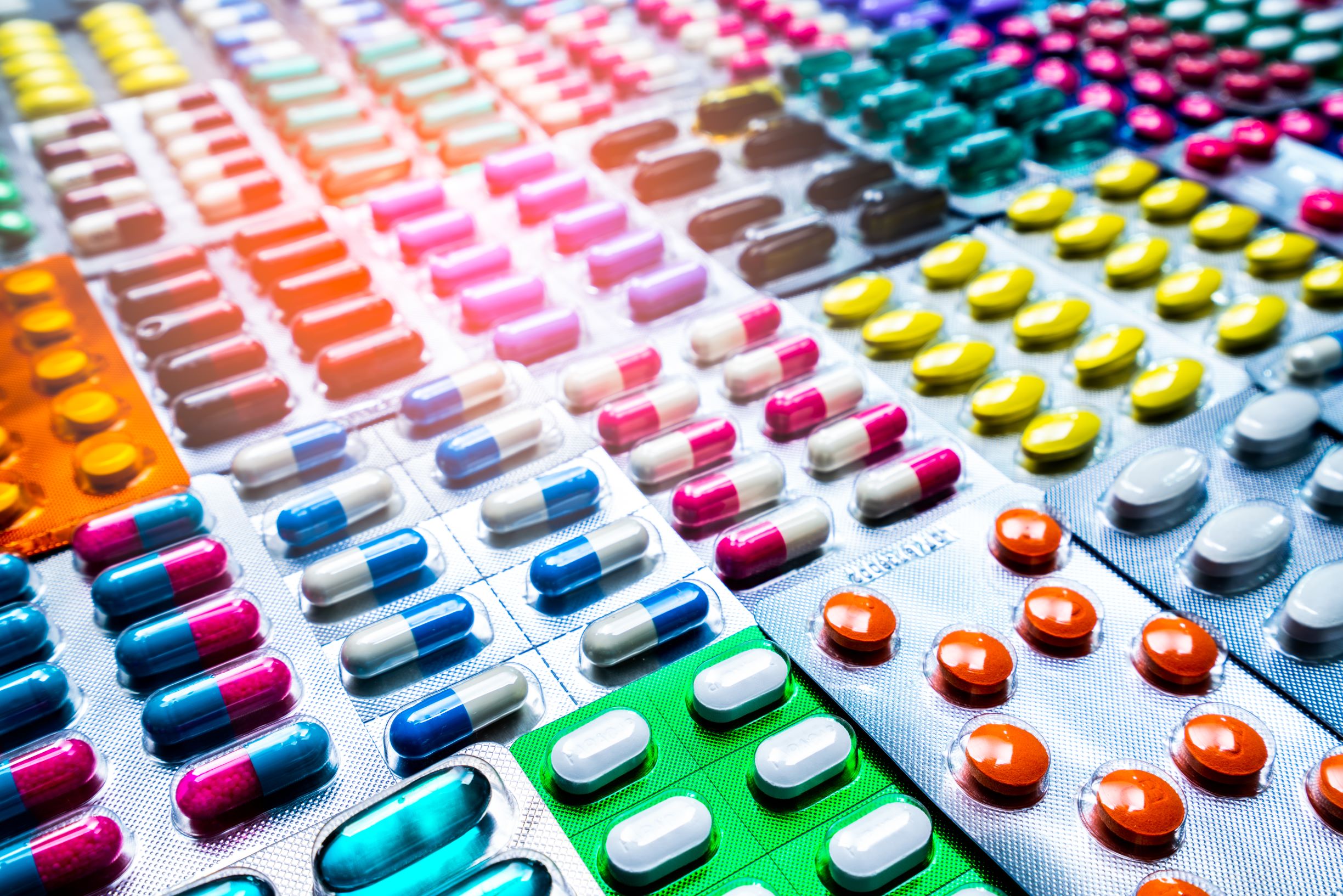 Hospital Times Editor David Duffy outlines why antimicrobial could prove to be even more catastrophic than Covid-19, and calls for greater global collaboration to halt this growing crisis.

More than ever, the public understands the value of medical research, of innovation and of life saving medicine. It is timely, then, that Oxford University has announced the largest scientific donation in the institution’s history in the form of £100 million to support a brand-new research institute. While not focused on coronavirus, its work will be no less important and its life saving potential could be more profound than any vaccine for Covid-19 – this is understandably hard to imagine right now.

At the start of 2020, the World Health Organization (WHO) outlined what it considered to be the greatest public health threats for the next decade. Among these warnings was not only a global pandemic, but antimicrobial resistance (AMR). We are now experiencing both concurrently.

While Covid-19 has undoubtedly caught much of the world off guard, the warning signs of AMR have been evident for a lifetime. Alexander Fleming himself warned as early as 1945, shortly after receiving his Nobel Prize for discovering penicillin, that the misuse of the drug would result in resistant infections, or superbugs. True to Fleming’s prediction, resistant infection began to emerge just 10 years after the start of mass penicillin production.

The reality today is that the future of antibiotics has been thrown into doubt. Infections, like malaria and tuberculosis (TB), will become untreatable if antibiotics become ineffective, and simple surgical procedures such as a C-Section would become too dangerous to conduct. If we let this happen, what state would modern medicine be left in? AMR is a very real threat to humanity, with a potential to be far more catastrophic than Covid-19 and it’s time we fully acknowledged this.

Without a comprehensive global system to track antibiotic resistance, the exact impact of AMR is still unknown, but what data we do have is ominous to say the least. Thanks to the O’Neill report, we now know that an estimated 700,000 people die each year from drug-resistant strains of common bacterial infections. Without urgent action, AMR is expected to kill 10 million people per year by 2050, an even greater number than those who currently die each year from cancer. According to the Centers for Disease Control and Prevention, more than 58,000 babies in India die within the first year of life because of resistant bacteria passed on from their mothers. The WHO estimated that, in 2016, 490,000 people developed multi-drug resistant TB globally, and drug resistance is starting to complicate the fight against HIV and malaria.

The financial cost also makes for grim reading. In the UK, infections and infectious diseases (prior to Covid) cost the NHS £30 billion per year. Costs for treating infectious diseases skyrocket when they become resistant to antibiotics. For instance, it is estimated that multidrug-resistant TB alone could incur a global cost of $16.7 trillion USD by 2050.

AMR expected to bear a global economic cost of $100 trillion USD by 2050. There are acute fears that this crisis could drive inequity between nations at different stages of economic development. The World Bank estimates that failure to tackle AMR could force 28 million people into poverty.

The impacts of AMR on the capacity of our health systems and the strength of our economies is likely to be profound.

The direct impact of the Covid-19 pandemic on AMR outcomes is still unravelling. However, a recent review from the British Medical Journal focusing on Covid-19 treatment in Asia found that more than 70 per cent of patients received antimicrobial treatment, despite less than 10 per cent having bacterial or fungi infections.

The same study also suggested that the use of broad-spectrum antibiotics is on the rise. These drugs are designed to kill a wide range of bacteria and overusing them can spur on a rise in drug resistance infections. These reports are raising concern amongst researchers that the increased use of antibiotics during the pandemic will amplify the problem of AMR for years to come.

The overuse of antibiotics becomes more dangerous as our ability to manufacture new pathogens becomes more difficult. Since 2000, only 15 new antibiotics have been approved, compared to 63 put to clinical use between 1980 and 2000. Out of these new drugs, only four represent new classes of antibiotics that use novel mechanisms to target bacteria.

A huge part of this problem lies in the way we value antibiotic production. With the time it takes to produce a new pathogen, pharmaceutical companies will need adequate incentive for development. Currently, much of the value placed upon new drugs is focused on the quantity of drugs produced, as opposed to their real term contextual value.

The pharmaceutical and life sciences sectors have achieved wonderful things throughout history, but the reality of the private sector means that these organisations need to see the money before they get to work. For many, making antibiotics is not the most lucrative path. While some companies still pursue antibiotic development, others exited the market long ago and in the last two years, at least four smaller antibiotic-focused companies have gone bankrupt.

We need to think of new ways to incentivise antibiotic development, so that innovators of all sizes can divert resources to crucial research and help reduce our reliance on pharma giants.

Global collaboration will form the cornerstone of our response

An issue of this scale, complexity and urgency necessitates a truly global response. The response to Covid-19 and the development of vaccines, therapeutics and diagnostics through the ACT-Accelerator has demonstrated that, together, countries can be the sum of their parts. We need to see similar initiatives applied to fighting AMR.

The public private life sciences partnership Innovative Medicines Initiative has set up a similar project, called the AMR Accelerator, to help progress the development of new medicines to treat and prevent resistant bacterial infections in Europe and across the globe. The AMR Action Fund is working to help get antibiotics through development by investing around $1 billion USD into smaller biotech firms, with the aim of bringing two to four new antibiotics to market by the end of the decade.

In 2012, the US Congress passed the Generating Antibiotic Incentives Now Act (GAIN) that formed the Antibacterial Drug Development Task Force and laid down financial incentives in exchange for turning industry back to antibacterial research: lengthened drug-patent exclusivity and streamlined FDA approval processes.

More recently, proposed US legislative remedies to AMR include the Pioneering Antimicrobial Subscriptions to End Upsurging Resistance (PASTEUR) Act which awards federal contracts of up to $3 billion USD to drug makers in exchange for breakthrough antibiotics. The companies would be paid on a subscription basis, regardless of how much of their drug was used.

However, experts warn that there has been little in the way of global coordination between nations on translating bench findings into the market. In practical terms, this means that nations could be needlessly duplicating efforts in the early stages of antibiotic discovery. In response, the UN established the Interagency Coordination Group on Antimicrobial Resistance, Co-Convened by UK Special Envoy on AMR, Professor Dame Sally Davies, designed to coordinate global efforts to develop antibiotics in a more efficient and effective way and to “to ensure sustained effective global action to address antimicrobial resistance, including options to improve coordination on AMR.”

While developing robust stewardship guidelines at a global level, we must recognise that usage of antibiotics is still too low in many developing countries, with treatable infectious diseases responsible for 40 per cent of all deaths in low-income countries. In our quest to fight AMR, we must not stifle the usage of these life saving drugs where they are needed most.

AMR presents a different set of scientific and economic challenges to Covid-19, but the threat it poses is no less serious nor its challenges no less mountainous. This is partly because the majority of antibiotics in use are not prescribed by doctors, but used in agriculture, with 27 different classes of antimicrobials used in animals to prevent diseases amongst livestock and even protect crop production.

In many ways, Covid-19 has demonstrated what can happen when countries unite behind scientific research; the pandemic has proven to be a catalyst for change, turning scientific processes that had previously taken years into days. There are growing calls to harness this energy, vigour and determination, along with a newfound sense of global collaboration, to fight AMR and prevent what increasingly feels like a silent tsunami of medical catastrophe.