How an Upright Open MRI scan finally helped my back pain 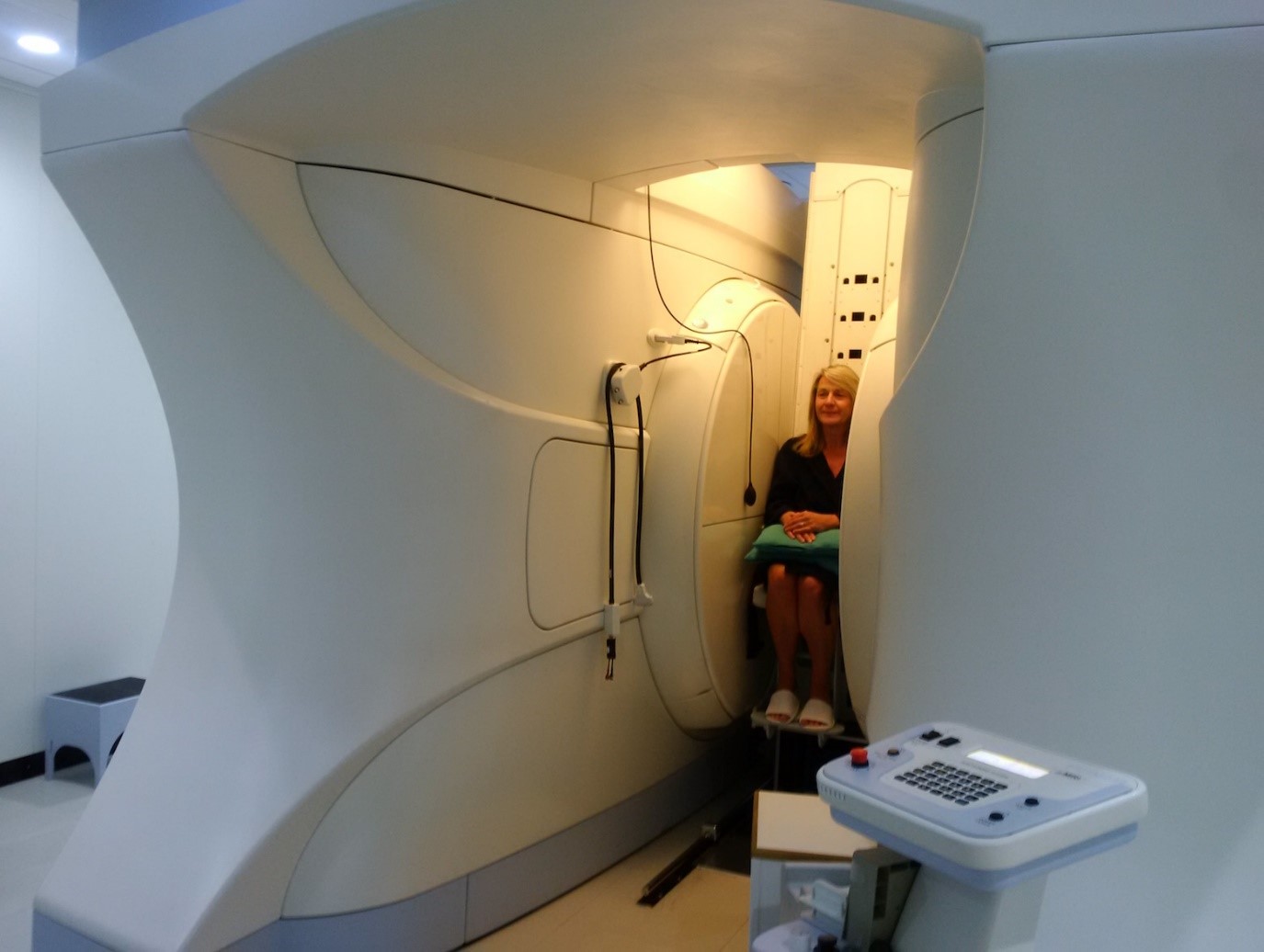 Lorraine Woodcock’s claustrophobia meant that having a traditional MRI was impossible – but an Upright Open MRI scanner changed all that.

“As I was putting something in the car my back suddenly went into spasm with great pain which immobilised me,” says Lorraine, who is a PA from Surrey where she lives with her husband. “I was given an injection and three different types of painkillers so that I could eventually move” she recalls.

While Lorraine’s initial spasm has subsided, she now has lower back pain that radiates down her right leg; pain she has had for 12 months. “My specialist, Dr Courtney Kipps, a consultant in sports and exercise medicine, had an initial concern that it was either a pinched or trapped nerve caused by a prolapsed disc,” says Lorraine.

Lorraine is not alone. An estimated 2.5 million people experience back pain which costs the NHS more than £1bn a year. This also has a major impact on people’s lives. Research on over 2000 people has found that a fifth of those with back pain have been forced to give up a favourite pastime such as sport or going to the gym.

Lorraine says that Dr Kipps thought an MRI (Magnetic Resonance Imaging) scan would help to make a confirmed diagnosis. “I had been referred for two conventional tube MRI scans in the past but I wasn’t able to get through either as I’m mildly claustrophobic,” says Lorraine. “During the first one, I had to be taken out of the scanner after a couple of minutes. And with the second, I just couldn’t go through it at all. Both times it was the same – my heart begins to race, and I am overwhelmed with anxiety, and I feel like I have to get out.”

What happens during an MRI?

During a traditional MRI scan, you lie on a flatbed that’s moved into a hollow scanning tube. Depending on the part of your body being scanned, you’ll be moved into the scanner either head first or feet first, positioned face up or face down. For her lower back pain, Lorraine had to go into the traditional MRI scanner head first and facing upwards.

“Once they had moved me into the cylindrical scanner, the top of it felt like it was just centimetres from my face. I found that so terrifying,” says Lorraine, “then when the noise started, I just couldn’t stand it. I felt so stupid not being able to handle a simple MRI scan, but there is just no way I could do it.”

It’s estimated that some 4 million MRI scans are performed annually across the UK.

Now, Upright Open MRI scans performed while a patient is sitting or standing, twisting, crouching or bending depending on where pain is experienced are slowly changing that. Patients, such as Lorraine, sit in a chair from which she can watch the TV or a DVD. Each scan takes about four minutes and there are three in total. For Lorraine, this was the solution she needed.

Why is Upright Open MRI different?

“With the Medserena Upright Open MRI scanner, patients have nothing in front of their face at all so there is no feeling of claustrophobia,” says Professor Francis Smith, Medical Director at Medserena’s Upright MRI Centre in London (they also have a clinic in Manchester).

“All coils, even the head coils for brain scans, are designed to allow patients to clearly see outside the system”, he explains. “This type of MRI scan can offer a thorough, more conclusive diagnosis of conditions than a traditional MRI scan, ranging from whiplash, pelvic floor disorders and breast implant leakage to problems with the spine or neck.”

Following her Upright Open MRI scan at the Medserena Centre in London her consultant Dr Kipps was able to diagnose Lorraine’s condition, which turned out to be nothing a little physiotherapy couldn’t fix.

“I would 100 per cent recommend it to anybody who has the slightest anxieties about a conventional scanner, reflects Lorraine, “I’m delighted to finally know that there isn’t a serious problem.”