The UK must harness data to revamp stroke aftercare 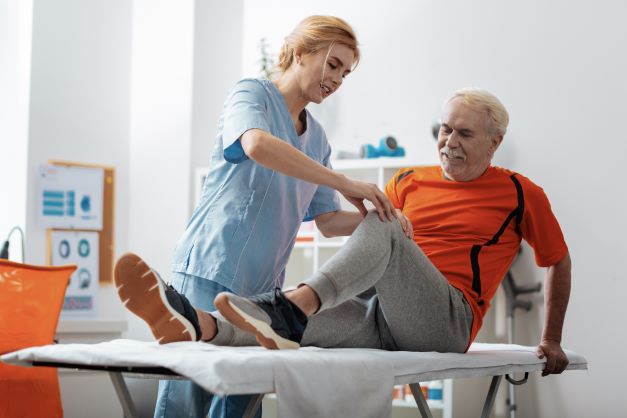 Stroke is the single largest cause of complex disability and long-term thinking around stroke aftercare is critical in easing pressure on health and social care.

The NHS Long Term Plan places stroke aftercare as a key priority area for improvement. However, ongoing data shows that the promises to ensure the best performance in Europe for delivering clot-busting thrombolysis by 2025 and increasing the number of patients receiving reviews of their recovery needs (from 29 per cent to 90 per cent), is unlikely to be met.

The stroke pathway has seen significant improvements over the last decade. These include the introduction of hyperacute stroke units, improved brain-imaging, rapid thrombolysis and game-changing thrombectomy. However, it is likely that these interventions will be undermined by the failure to recognise the opportunities to help people return to productive lives after a stroke.

Stroke care is an area that has seen substantial improvement in the UK; while mortality rates have halved over the last 20 years, stroke remains the single largest cause of complex disability. Further to this, recent research from the Stroke Association five-year survival rates remains low.

The Stroke Association estimates that 100,000 people have a stroke in the UK every year, with two thirds of survivors leaving hospital with a disability. There are currently 1.2 million stroke survivors living in the UK, at an estimated cost to the health and care sector of £26 billion a year. This cost is expected to triple by 2035.

Missing parts of the stroke pathway

The provision of rehabilitation and aftercare is an essential element of the care pathway yet is often the least well supported and resourced, a situation not solely limited to stroke care.

This is not unique to the UK and clinicians in the USA are experiencing similar issues. Once a patient has left an acute situation, where the latest interventions, medications and technological advancements have been provided, the same level of attention just isn’t there post-discharge. There is often a marked deterioration in wellbeing with an undetermined longer-term impact.

There is an underlying mindset within the system that the priority lies with acute care management and what happens after is less important. As a system, crisis response is generally exceptional, and innovation and resources tend to be focused on this stage of patient’s journey. But there is very little strategy – and the funding treadmill is perpetuated by continually focusing investment on acute interventions. But it is clear that the cost benefit is poor if a more strategic view of the whole care pathway is not taken.

The failure to provide effective rehabilitation immediately after an acute episode can lead to reduced functioning mobility and normal life for the individual. The consequence of this failure is an added cost for the health and care system, reduced economic productivity and can increase social care costs if it leads to patients losing their ability to live independently.

The data currently collected typically identifies re-admitted patient episodes as a new case rather than allowing the system to recognise and then count it as a re-admission. This often masks the failure of the rehabilitation and ongoing support offered, which could have prevented further problems.

The link to co-morbidities is also missing, with more people dying in the first six months after a stroke from cardiac events, rather than consequences of a stroke – which means we are overlooking opportunities to influence outcomes in other ways.

The cost of high-quality rehabilitation may pay itself back over time but immediate cost pressures in the system can often mean that rehabilitation is not funded as a priority, in turn reducing patient outcomes.

So, what should the path forward be from here? The key to achieving the right balance is to argue the need for a greater use of data and to provide the evidence to build up the business case. There are some professionals and clinicians leading the charge and looking for that evidence to balance the funding model.

The Mount Sinai health system in the USA recruited a randomly selected sample of people who were enrolled in a remote monitoring programme. Of the sample, 90 per cent of the sample had a crisis that the health system could have intervened on. Without the follow-up, these crises would never have been caught.

In Cardiff and Vale in Wales, they’re currently trialling a system that joins up the data to the patient – rather than the episode – to track the re-admissions and the patient’s entire journey through the health system. The data outcomes are providing interesting insights into chronic conditions and helping to modify care providers’ understanding of where they put their money.

The role of data and digital in stroke aftercare

There is also seeing a role for digital platforms to be used for virtual rehabilitation. There are many ways to do this and the growth of digital care technology in local authorities should be used to support and endorse these changes across the whole health and care system. As an example, Visionable’s platform allows any deterioration in health to be identified early to prevent serious problems occurring, including readmissions. As people wait longer for care, this early warning is crucial to avoid patient harm.

There’s a real opportunity to shift the way rehabilitation pathways are approached, and how outcomes are tracked. This dialogue should really appeal to the new integrated care systems and their integrated care boards as the NHS embark upon seismic structural shifts in 2022.

Through system-wide commissioning, there is the opportunity to balance the investment and provide transformation – and to deliver a genuine whole pathway, including more robust rehabilitation services. Enhancing data capture in real-time and making sure the money follows the patient could produce marked differences – not only for the public purse, but in the quality of people’s lives.