Tory conference 2019: £13 billion hospital upgrade plan, but healthcare was far from top of the agenda 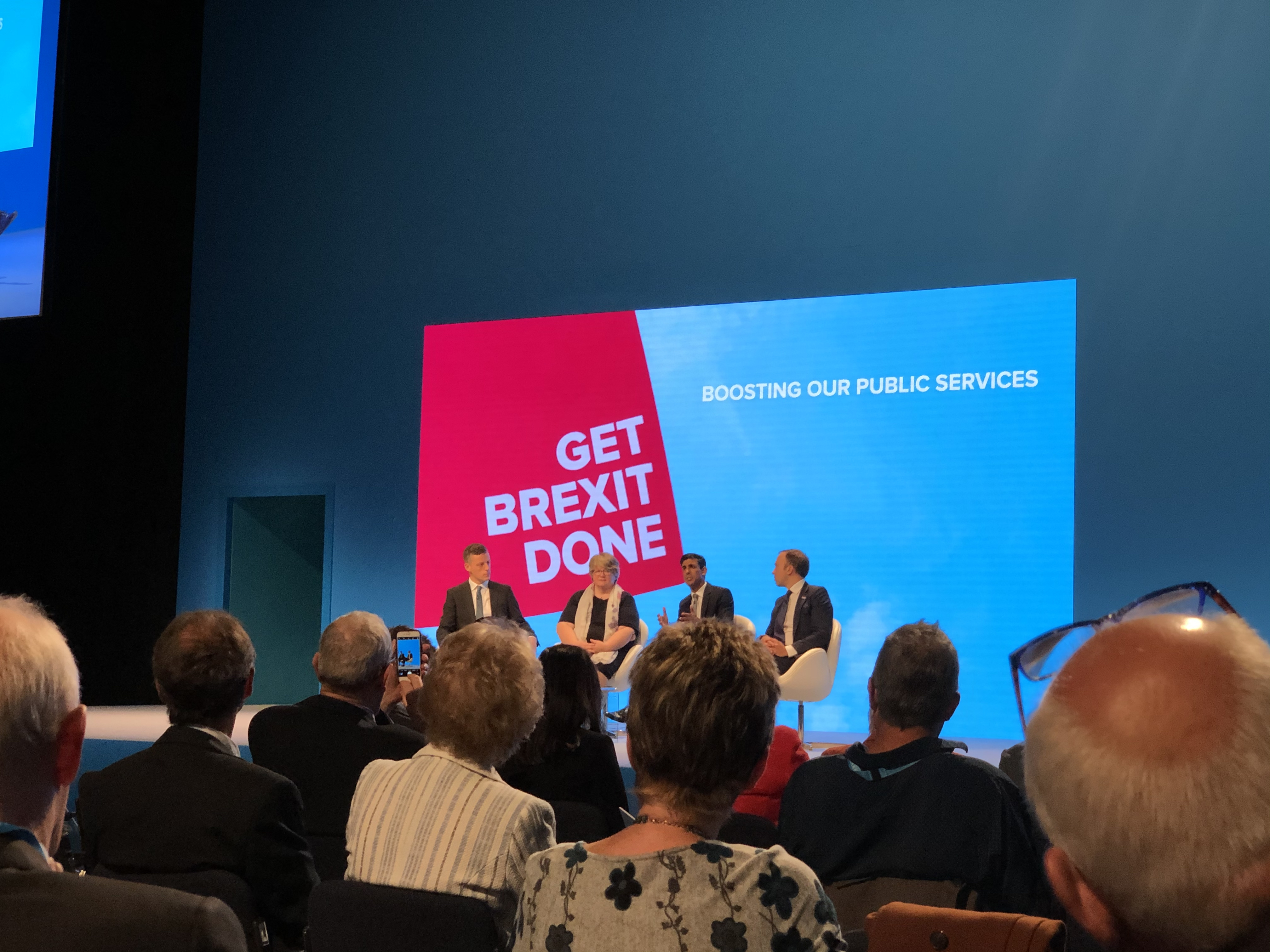 Hospital Times Deputy Editor Daniel Male took a trip to Manchester for Conservative Party Conference 2019, here he shares his thoughts about what the party said on healthcare.

The core message of this year’s Conservative Party Conference was “Get Brexit Done”. As everyone attending continuously observed, this is much easier said than done. Yet despite being a source of national division in Parliament, the sentiment had the opposite effect of being oddly unifying in the Manchester conference hall. It is simple and painstakingly clear that, regardless of any achievements on the domestic agenda, the record of this Government will be judged on whether Britain manages to leave the EU by the 31st October.

Rather than trying to convince members that this is the right course of action, the Party seemed to assume that those who can’t be convinced went to the Liberal Democrat conference the previous week, and the rest simply went to work as normal, not unlike some MPs. However, in an effort to fill the three-day agenda, the Government worked hard to align all other policies to the task–at–hand, encouraging ministers to sing in chorus to convince members and the public that the only way to deliver on education reform, boosts to policing, increased house building, economic growth, environmental targets and new transport infrastructure, is to deliver Brexit. For healthcare, this is a slightly harder sell, but Secretary of State
Matt Hancock had a go, nonetheless.

The headline for Mr Hancock was the announcement of his new “Health Infrastructure Plan”, consisting of building 40 new hospitals over the next decade, an investment of £13 billion. When dissected, this amounts to six in “phase one”, to take place over the next five years, and the remaining 34, to follow in “phase two”. While well received at the conference, it did not take long before cynics and commentators began sharpening their pencils to tell anyone who would listen that this is so long-term it is borderline wishful thinking. Of course, a general election victory is required to begin delivering on this promise and that is likely to be highly dependent on Brexit.

One party member asked the Health Secretary how the party can change the narrative that “Labour is best for the NHS”. A good question and one that is not best answered by the distant promise of new hospitals. However, with the NHS People Plan not yet ready and a lot of the rest already mentioned, Mr Hancock responded about lack of trust in Jeremy Corbyn. He then added that “satisfaction in the NHS is the highest it has ever been” and that the building of new healthcare infrastructure is a big leap towards maintaining this. While public faith in the NHS barely waivers in the face of political uncertainty, Simon Stevens and those leading on the NHS Long Term Plan have the most credit to take from the integration and prevention agenda.

“Satisfaction in the NHS is the highest it has ever been” – Matt Hancock, Secretary of State for Health and Social Care

Wider discussions at fringe events attempted to delve into the policy detail. Yet little new was brought to the table. The Royal College of General Practitioners hosted a well-attended panel debate to discuss digital, workforce and social prescribing, yet even this fell short of filling the strategy void addressing health inequalities and the social determinants of health. These focuses are continuously absent from core discussions, with ministers fixated on vote-winning cash boosts for headline projects as opposed to reforming softer measures.

The message on social care was equally consistent with past trends. “We won’t announce anything at this conference, but this is something we are working on,” said Mr Hancock. Whether developing a more comprehensive plan for social care, or dodging the bullet altogether, no news continues to be bad news for the sector. Perhaps, with the growing prospect of an imminent general election, there is a fear of repeating the failings of 2017. Or, more conceivably, the delay comes from a desire not to upset spending elsewhere as the realisation that radical and drastic action is required.

It is true that the NHS has taken care of a great deal of the strategy for the next decade. Since the announcement of the NHS Long Term Plan in January, we must not forget how blessed we have been in 2019 with the deluge of positive announcements in the healthcare sphere. However, there is a lot more to cover in this sector.

The Department of Health and Social Care and the Conservative Party have celebrated these being delivered on their joint watch. However, mental health, the social determinants of health and the important role of wider public services have been lost in the margins of the Party’s priorities. The Chancellor of the Exchequer focused on infrastructure and business priorities, as opposed to healthcare spending. There was also welcome mention of green policies and the UK’s role in combatting climate change.

Is it too much to ask for more health-related good news, or should we be happy with the progress made over 2019 under two Conservative Governments? Perhaps it is overly ambitious to want more, but progressive health and social care discussions were far from top of the agenda this year.

« Fighting AMR through optimisation
An extraordinary asset: data and its uses across the NHS »