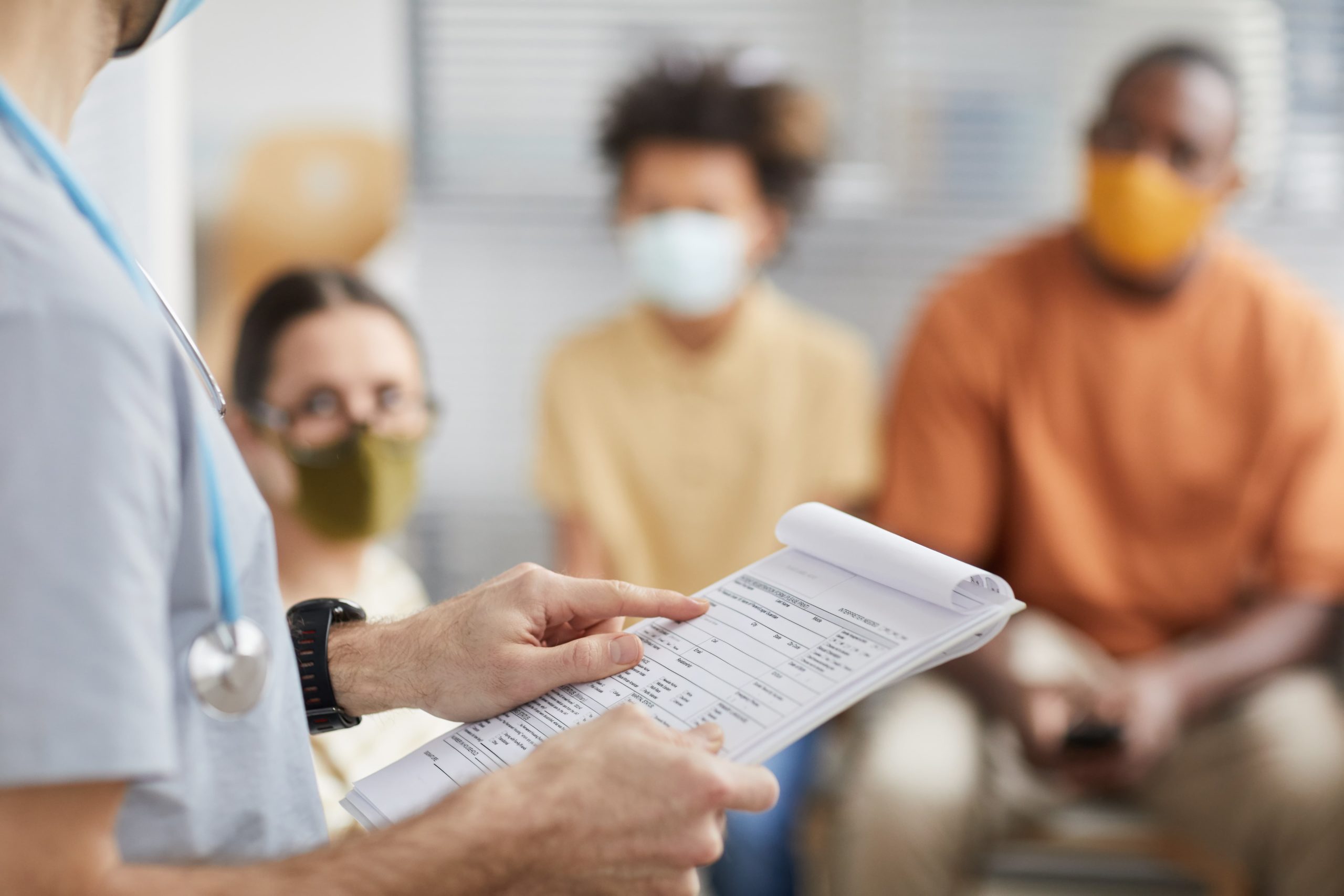 Disparities in the growth of waiting lists due to the pandemic highlight the importance of addressing unmet needs among certain populations.

The total NHS waiting list, one of three priority areas for the Secretary of State for Health and Social Care, has increased by 25 per cent since the pandemic began and is still rising. Larger waiting lists are an indirect impact of the pandemic and indicate a deterioration in the population’s health due to acute direct pressures from Covid-19 negatively affecting other acute and chronic disease pathways.

In May 2021, the number of open pathways was 5.3 million, up more than 180,000 on the previous month, but this is only part of the story. When we add the several million who are likely to have avoided seeking treatment during the pandemic due to both health system pressure and behaviour change, it is clear that any recovery will require novel approaches to prevent millions of people from living in pain and poor health for many years.

The 25 per cent increase in the total waiting list since the pandemic began is dwarfed by the vast increase in those waiting 52 weeks or longer for treatment. Before the pandemic, the number waiting more than 52 weeks for treatment was (relatively) low at around 1,600. That number had increased to more than 435,000 by March 2021. Fortunately, the total has now fallen by around 12 per cent for two consecutive months, suggesting early signs of a recovery, but it still stands at 336,733 individuals, representing one in 14 on the waiting list.

In contrast to the data suggesting that the one-year waiting list may have peaked, the number of patients waiting 18 months or two years continues to grow, increasing by 22 per cent and 44 per cent from April to May 2021, and now standing at 79,048 and 3,927 respectively.

Inequalities across regions and specialties

Beneath the (very) large total number on the waiting list, we find vast inequalities across clinical commissioning groups (CCGs), regions and specialties. For instance, there are 64 times more patients waiting one year or longer in Birmingham and Solihull CCG (17,060) than in South Tyneside CCG (266). There is more than a 100-fold difference in those waiting 18 months for treatment in Norfolk and Waveney CCG (3,735) compared with Bassetlaw CCG (35); and in North Central London CCG, 290 patients are waiting two years or longer, yet at least 15 CCGs have two or fewer patients waiting as long.

Specialties have been impacted unequally too. Gynaecology has seen the largest relative increase in waiting list size, up 35 per cent from February 2020 to April 2021 and 60 per cent higher than three years ago, compared with a 27 per cent increase across all specialties combined. In contrast, dermatology and rheumatology waiting lists have increased by just two to four per cent since the pandemic began.

There are a number of potential explanations for the inequalities in waiting list numbers across England. Age is the biggest risk factor for many conditions, so it might not be surprising if CCGs with older populations have, for example, a higher orthopaedic waiting list.

Many conditions across the life course are socially patterned, with higher rates in more deprived communities, and there are likely to be strong correlations between areas that were hardest hit by Covid, increased infection rates and hospitalisations, and those with the largest waiting lists.

Explaining the causes of disparities across CCGs, however, does not excuse them – each statistic represents a patient living in poor health that causes at the least discomfort and affects their day-to-day lives.

For all the data that we do have on waiting lists, there is much that we do not know. How many people have not come forward for referral over the past 18 months who would have done ordinarily? For most conditions, but particularly those such as cancer where early diagnosis has such an impact on trajectory, this risks worse health in the medium and longer term for individuals, and even threatens reversals in population survival rates across common diseases. The available data is at CCG level, so we are unable to estimate inequalities at patient level, such as how waiting lists vary by gender, age group, ethnicity or levels of deprivation.

There are two key principles the recovery plan should be built around, not just to address the waiting lists, but also for the NHS and health systems more generally. Firstly, resources should be prioritised towards patients with the most unmet need, using the data revealing regional inequalities to enable more granular, patient-level estimates across and within populations.

Secondly, we need to shift how we value health. Services have been running “hot” for years, so there is little resilience, and the inevitable result is that illness services are maintained while “non-acute” health services deteriorate. Unless we value and invest in health and the resilience of the NHS, rather than solely the treatment of illness, waiting lists and health inequalities more broadly, will continue to grow.