Channelling national support to the frontline: NHS Charities Together 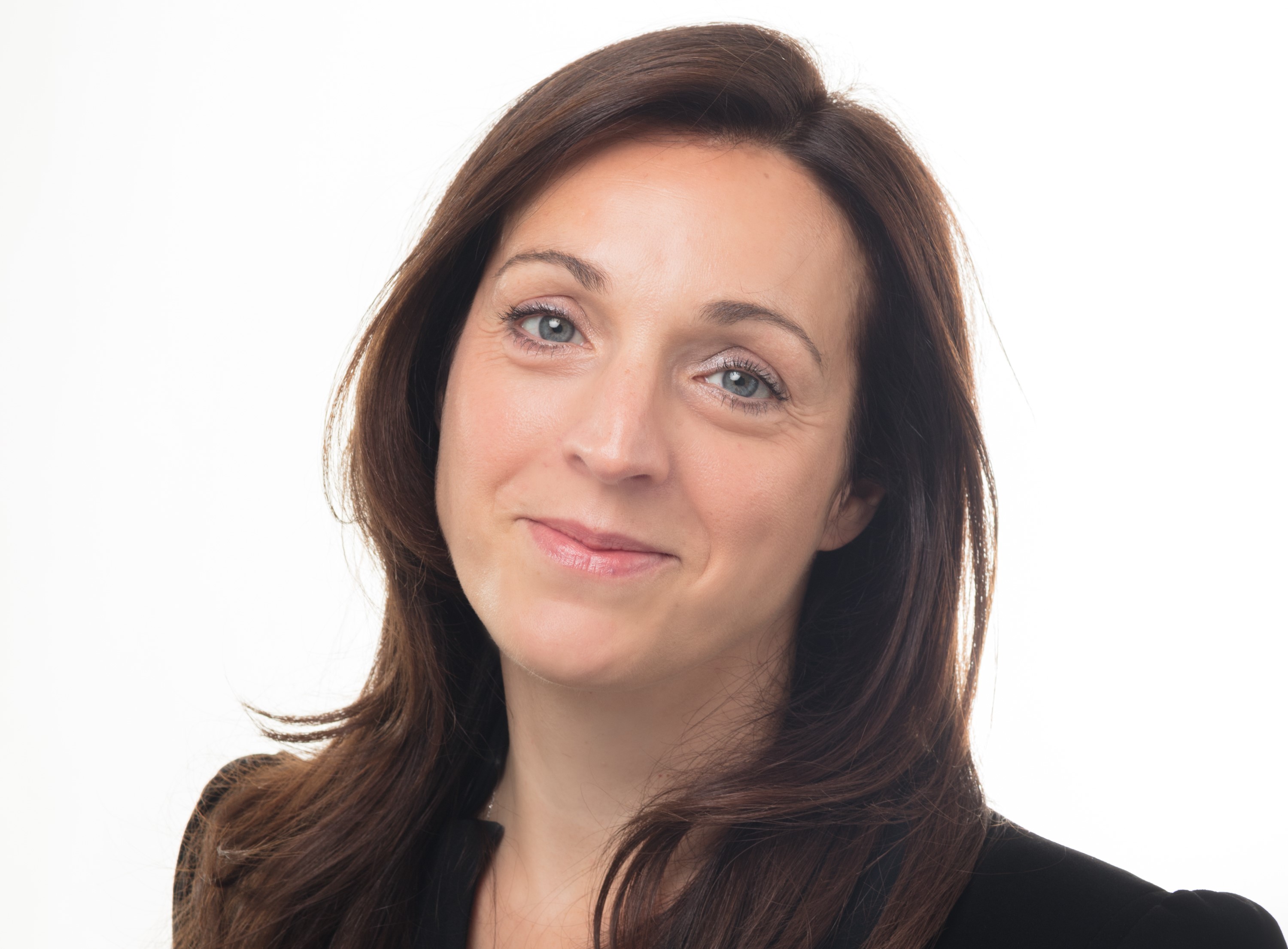 Over £103 million has now been donated to the NHS Charities Together Covid-19 Appeal. Healthcare workers need support and the public have responded. Dan Male speaks to Ellie Orton, Chief Executive of the charity group about the spending so far and their plans for the long term.

Last week, Captain Tom Moore, was awarded a knighthood for his fundraising efforts to support frontline NHS workers. By walking around the care home where he lived he succeeded in capturing the national spirit, raising £32 million in the process. He, alongside many others across the UK from Premier League footballers to children locked down from school, have raised vast sums of money to support the NHS, much of which has been channeled through the collective membership body NHS Charities Together (NHSCT). However, fundraising is only part of the story.

On a walk with her family back in March, Ellie Orton, Chief Executive of NHSCT, received a phone call from XTX Markets, who wished to donate £10 million to the NHSCT Covid-19 Appeal. The appeal had been launched that day to support what was fast becoming a national effort to combat Covid-19. Later that week, a representative of the Rausing family called to offer a further £5 million. By the end of the first week, Virgin and Just Giving fundraising pages had been launched and over £15 million had been raised.

For Ellie, who joined NHSCT (then known as Association of NHS Charities) in July 2018 at the peak of the NHS 70th birthday celebrations, there has been little time when the NHS has not been in the national and international spotlight. However, despite the global profile of the British healthcare service, the charity she joined twenty months ago was just a small membership organisation of four individuals supporting a selection of smaller, NHS Trust aligned members.

NHSCT itself was formed ‘informally’ in the year 2000, registering ‘formally’ as a charity in 2009. In its early days, the charity worked to support local NHS charities with governance, budget management and independence matters. “It was clear when I joined that the organisation had done a lot of the foundation work, but what the members were wanting was more profile and more of a collective voice into the NHS and public,” says Ellie.

Her initial focus on joining up the disconnected NHS charitable organisations soon developed into a five-year mission to build a “national brand for NHS charities”, providing the public with an “easy way of giving back to the NHS.” Of course, due to factors outside of her control, “Covid-19 has accelerated this five-year plan to five weeks,” reflects Ellie.

The organisation, which had 140 members before the outbreak now encompasses 230 organisations following a massive effort to onboard as many NHS charities as possible. At the time of writing, there are just 13 NHS charities who are not a member of this group.

Rising to the challenge

A decision was reached in late March to launch the Covid-19 Appeal to support member charities and those working in the health service. NHSCT worked to establish a grant structure with CCLA fund managers, a headline sponsor and partner of NHSCT and to resolve finance, grants and fundraising polices. After the first week, a target had been set of raising £100 million for the NHS. The initial timescales were to meet this target by the end of the year. The current total raised is already over £103 million.

The Covid-19 Appeal focuses on three core areas: immediate relief for NHS organisations and staff, support for the partnerships that surround NHS trusts for patients being discharged from hospital, and the long term recovery of services following the pandemic. While the initial target has already been reached, Ellie sees no reason for complacency, “we will continue to fundraise,” she says, to support the long-term recovery of the NHS and any further needs that might arise from the Covid-19 outbreak. As lockdown measures begin to ease, there is an acute awareness that we might still have a second peak of infections.

“Our vision is for NHS Charities to be the biggest independent supporters of health and wellbeing,” says Ellie. Within this, the plan is to ensure that all charities are high performing, add value to their trusts and health boards and are ‘key strategic partners’.

The NHS Long Term Plan (LTP) outlines system transformation, new ways of working, volunteer services, primary care and community services as areas where charities have a massive role to play. This extends beyond the role of bringing funds to a given NHS trust and involves being considered as part of that piece of the NHS itself.

Historically, NHS charities give £1 million per day to the NHS. This is distributed and takes many forms but is a key contributor to the services that are on offer and the support providers can offer to patients, staff capital projects and partners. With the publication of the NHS LTP, the vision of NHSCT centralised on enhancing the role of charities in volunteering and partnerships. “This is a wider agenda than just health,” says Ellie. While integrating services is part of the national effort, NHSCT has a crucial role supporting charity partners to assist local NHS organisations to deliver service transformation.

“Where the NHS and voluntary sector don’t always speak the same language,” Ellie explains, NHS charities can bridge the gap. Outside of Covid, there are some great examples of charities working with NHS trusts and third sector youth organisation to put young workers in emergency departments to support initiatives for early intervention and crime reduction. Ellie’s background is as a youth worker, which perhaps makes her more aware of the struggles the voluntary sector faces.

“Patients, when they are coming into hospital or leaving hospital rely on a myriad of services,” says Ellie. These include voluntary services, social care, community NHS and wider healthcare services that all support the more holistic picture of an individual’s health. By supporting partnerships, “we have it covered,” she adds.

Getting funds to the frontline

Of the £103+ million that has been raised for the Covid-19 Appeal, £20 million has been spent, confirms Ellie. Every charity received an initial grant of £35,000 to cover “immediate relief” for managing Covid. Following this, a further grant was allocated based on the number of staff within the trusts and health boards being supported by each charity. Those charities supporting more than one trust received a proportion based on the number of staff within that catchment. A further £10 million has been pipelined to be distributed to the charities to continue this support.

One of the most notable ways in which this funding has been spent is “wobble rooms,” says Ellie. Wobble rooms are spaces to support the mental health and wellbeing of healthcare staff, providing them with a ‘safe space’ to go when things get too much – a common occurrence when treating patients in a pandemic. “From what I’ve been hearing, while Covid presents an unprecedented challenge, morale at times has never been higher,” says Ellie. Poole Hospital, which had one of the first wobble rooms, has provided support for clinicians working in the intensive care unit. The space has proved crucial their wellbeing, reflects Ellie.

Looking ahead, NHS Charities Together is keen to do more to support the wellbeing of healthcare staff through listening ear services and resilience programmes. “I want to spend some of the money on listening,” says Ellie, who believes it is vital to hear what people are saying and that “hidden voices and hidden communities,” such as BAME groups who have been disproportionately impacted by Covid, are heard.

“There is a responsibility to get the funds out quickly,” acknowledges Ellie, which NHS Charities Together have committed to doing, “but we need to make sure this is done appropriately and proportionately,” she adds. With the shortage of community fundraising opportunities, NHS Charities together has a unique position in ensuring that the money they have raised is distributed to support the displacement of services lost elsewhere. While NHS Charities Together is a membership organisation seeking to support its own members and partners primarily, “we also value external collaboration very highly,” emphasises Ellie.

A long-term priority is to raise the profile of the charity arm of the NHS. In early 2019, NHSCT research found that two thirds of people did not know what an NHS charity was. People are far more familiar with larger health charities such as Macmillan or the British Heart Foundation, that are not directly linked to the NHS. Ellie believes profile will be crucial once the initial period of focus on the pandemic has passed. There is a challenge in that the NHS, a state funded healthcare system, and charitable services can get confused. This will not go away, and statutory funding cannot be replaced with public giving – but nor should public support be restricted or withdrawn on the grounds that the NHS is government funded. There is simply a distinction that needs to be made.

While having an incredibly important role to play in the Covid response, Ellie, and by extension NHS Charities Together, recognise that they are not on the frontline. This recognition is important as it provides clarity of the role they have to play in the national effort. This role is nonetheless an important one as the national mood to support those working on the frontline at a time of crisis has grown. The infrastructure is, in many ways, as important as the will to act. The public have placed their trust in NHSCT to deliver support to key NHS workers on their behalf. They must not be let down.

slider
« Our healthcare innovations must stand the test of time
Test and trace: a tentative step forward »