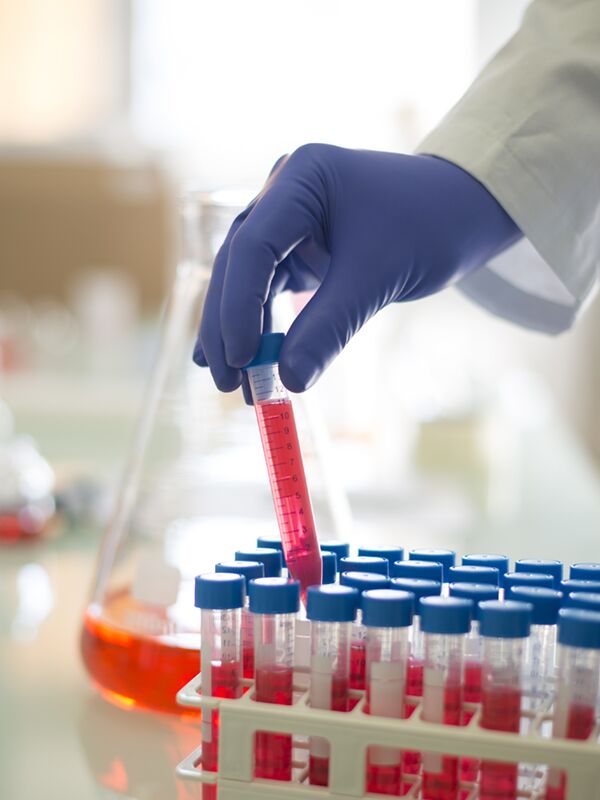 European nurses have called for better access to appropriate personal protective equipment (PPE) to protect against occupational exposure to cytotoxic chemotherapy drugs. Currently NHS Trusts set their own safety guidelines on cytotoxic drug handling, many nurses are arguing that the lack of consistent safety standards across the sector is putting them at risk.

Gloves initially developed by Globus Group to protect industrial workers from dangerous and potentially fatal chemicals may offer the improved protection that nursing staff are demanding. Despite the fact that industrial thickness gloves offer the most comprehensive protection against cytotoxic drugs, they are often only used for large-scale spills rather than for all handling.

Matt Fowler, a Nurse Consultant for oncology and haematology in Birmingham, commented, “there are studies out there that suggest that nurses that don’t have access to appropriate PPE and are inadvertently exposing themselves to carcinogens are at increased risk of miscarriage. There’s some anecdotal evidence to suggest that we may be putting ourselves at increased risk of cancer. We are exposing ourselves to these carcinogens that can cause some short-term problems, such as nausea.”

Globus Group has built on its expertise in developing high-performing protection against highly toxic chemicals for workers in industry to offer world-leading protective gloves to healthcare workers in the UK. Their Showa single-use nitrile gloves are used in both medical and industrial workplaces, and have been extensively tested against heavy exposure chemical permeation in order to maximise protection. At the same time, they offer excellent dexterity, so can be used for all healthcare applications.

Mark Websper (Globus Healthcare Divisional Manager) comments: “The NHS spends millions of pounds every year on protective gloves, but there is a misconception that cheaper gloves are always better. When these cheap gloves fail to provide adequate protection from hazardous substances, staff are being asked to double-glove. Globus’s Showa glove range is typically 40 per cent more expensive than ordinary ward disposable gloves, so double-gloving is a false economy, and Trusts could be saving money as well as enhancing safety by selecting the most appropriate gloves for their staff.”

Globus’ gloves can offer a variety of protection, from single splash protection (minor chemical exposure) to full chemical immersion applications. They are also completely latex-free and powder-free, making them easy to put on and take off quickly, and safe for the 17 per cent of healthcare workers estimated to have a type-1 latex allergy.

Globus also provides a free tool called ChemRest, which allows NHS Trusts to search for specific chemicals, and find the most appropriate glove for their needs, including break-through times and comprehensive safety data.

As cancer rates continue to increase worldwide, healthcare workers are handling more and more cytotoxic drugs as part of routine cancer care[iv]. Cytotoxic drugs are widely acknowledged as toxic, and some have been shown to be carcinogenic, mutagenic, and teratogenic. Consequently, it is vital that healthcare workers have the correct protection to prevent their skin coming into contact with these drugs. At the same time, protective gloves must allow for maximum dexterity and movement to allow healthcare workers to handle and administer chemotherapy drugs effectively.

Since its formation over two decades ago, Globus Group has grown to become a dominant force in the hand and personal protective equipment industry. It is privately owned and has headquarters in Manchester, UK with regional operations in Annan (Scotland), Nonnweiler (Germany), Tainan, Taiwan, and Dubai, UAE.

Globus Group has introduced numerous innovations and pioneered new levels of ‘wearability’, which have had positive impacts on safety and productivity with companies right across the world. Our products are used every day by industry professionals across the world, enabling them to achieve brilliant results and protect themselves from life-changing injuries.

ChemRest is a comprehensive Chemical Resistant Glove Directory designed to inform users about chemical resistance and its relationship to hand protection products manufactured by Showa.