Is Spain finally turning the corner in its fight against Covid-19? 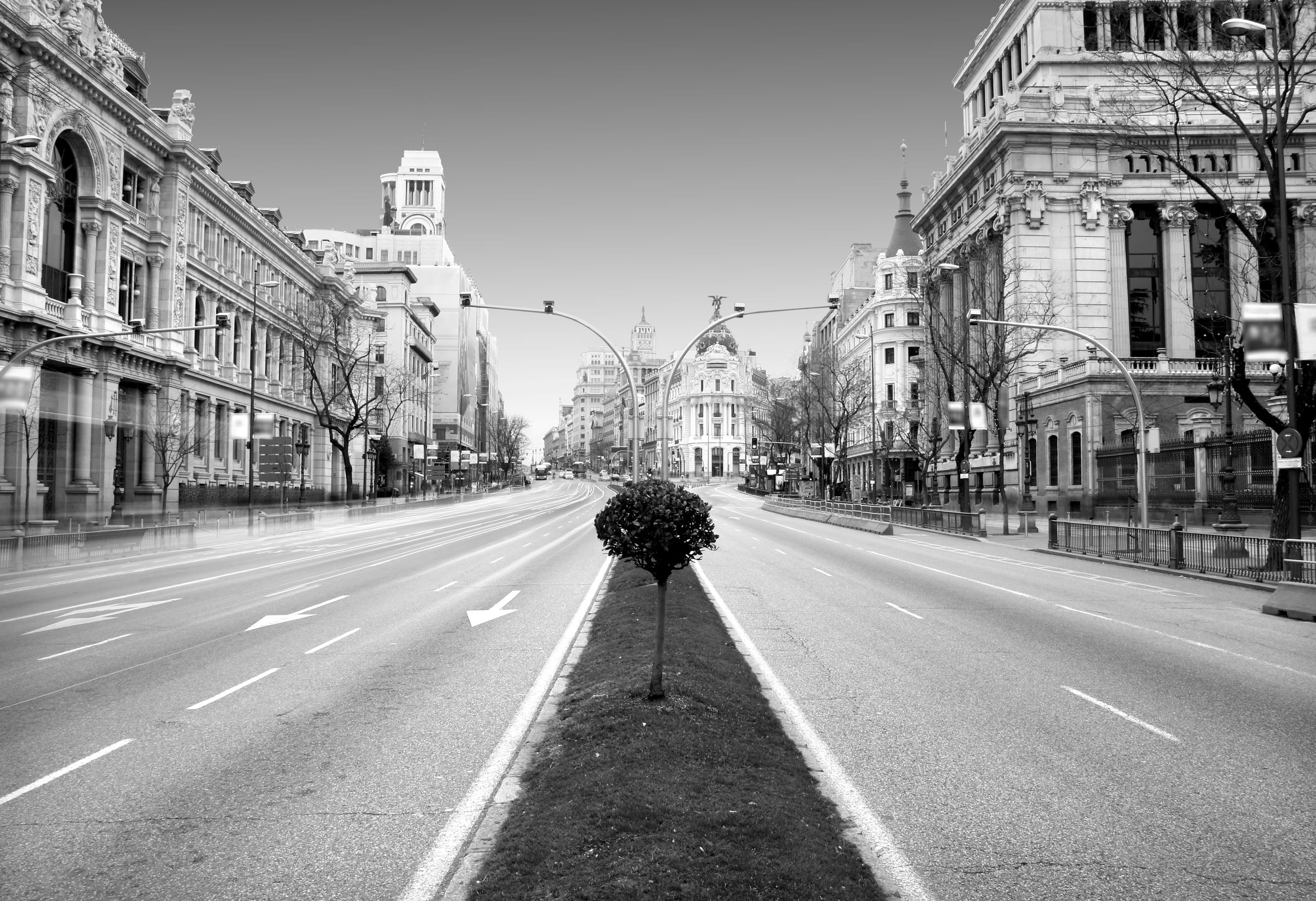 Spain may have had a delayed reaction to the magnitude of the Covid-19 threat, but today, the country’s usually bustling streets, busy shops, restaurants and heaving bars are empty and ghostlike, writes Anthony Luke.

With the total number of people now infected in the tens of thousands, the sense of living in a sci-fi movie has grown as exponentially as the virus itself. Police cars regularly patrol the streets, loudspeakers broadcast warnings to stay at home, and the few people you might see in the streets scuttle furtively about, faces and hands covered, half-walking, half-running to the supermarkets and chemists. Cars may only carry one; no passengers allowed.

Like Italy, its Mediterranean neighbour, Spain has been badly hit by the virus, rapidly ratcheting up the numbers, jumping from 120 infected cases to 102,000 in just 30 days from March 1 to April 1 – and more than tripling China’s reported death toll of 3,318. The country has now overtaken the number of people affected in the Asian nation by almost 30,000.

Madrid and its autonomous community has been the hardest hit of all the areas in Spain, with over 4000 dead and more than 30,000 so far infected. Some of the state-run hospitals are overloaded and beyond effective running capacity, given that many of their doctors and nurses have been infected with the virus and sent home to convalesce. The sheer impact of the numbers has forced the re-distribution of patients to other hospitals in other parts of Spain.

To provide for the predicted jump in patients, the sprawling industrial fair campus IFEMA near Madrid’s Adolfo Suarez Barajas Airport has been turned into a field hospital with room for 5500 beds, a move imitated by the regional governments in Catalunya, Valencia, Alicante and Castellon, who are transforming large public buildings to accommodate the ill.

Due to the impossibility of attending to the number of dead, makeshift morgues have been set up in a closed-down skating rink and an empty government building on the outskirts of the capital. A spokesman for the semi-public funded funeral services told the Spanish TV station TV1 that in normal circumstances, 79 people died every day in Madrid. Now, the over-stretched funeral services are dealing with more than 300.

Pedro Sanchez, Spain’s socialist premier, initially came under fire for reacting late in facing off the threat of Covid-19, but has since moved fast to make up for lost time, promulgating two consecutive nation-wide decrees limiting movement, imposing social distancing and, with the exception of emergency and essential services, banning traditional working formulas in favour of remote working.

Sanchez has also introduced a range of economic measures aimed at compensating workers and employers for wages and revenue lost as a result of the curfews imposed by his government. The measures include mortgage relief, support for families who cannot pay rents and a ban on evictions for up to six months once the crisis is deemed by the government to be over. Some 500,000 families will be able to benefit from rent relief alone.

But Sanchez is not just battling a deadly virus now – or even the economic downturn that is likely to follow. Since he became premier in a government coalition with the grassroots party Podemos in 2019, the right-wing opposition has made no effort to hide its visceral rejection of the social reforms Sanchez promised in the run-up to elections. And now the right-wing triumvirate made up of the Popular Party, the Conservative Citizens party and the far-right Vox party is manoeuvring off the back of the Covid-19 crisis to win back the presidential palace by attacking the government’s own strategy.

Nicknamed ‘Captain Hindsight’ for his penchant in providing solutions in the wake of other people’s errors, Pablo Casado, the leader of the Popular Party, has spent much of March on the offensive, slamming Sanchez for reacting late, failing to ban political marches in the face of contagion and belittling his plans to soften the economic effects of the lockdowns. Predictably, Vox has asked for the government’s resignation and a cabinet of “national emergency” to replace it.

The public might have expressed a lukewarm reaction to the government’s initial response; however, impatience and anger at the opposition’s opportunistic endeavours is growing. More and more people are expressing the need for greater solidarity, cohesive criteria and coordinated action to defeat the pandemic and mitigate the collateral damage caused by the disruption of daily life as Spain moves to combat it. In a recent poll carried out by the prestigious Vanguardia newspaper, 95 per cent of people interviewed supported political unity to bring Covid-19 to heel.

The hardest hit are the elderly, and those with serious underlying health conditions. It’s the sheer numbers of this targeted sector of society that is bringing home the reality of the situation in Spain. According to a report published by the national El Pais newspaper, 1065 people died in Madrid geriatric homes in March alone, more than double for the same period last year. In one Madrid residence, the number of victims stands at 27 and health workers believe the number could be higher, but since tests aren’t being carried out universally it’s impossible to know whether Covid-19 is responsible for all the casualties or not.

How Spain will emerge from the pandemic is anyone’s guess. Despite the alarming statistics, the situation on 1 April offered a more optimistic outlook. The death rate was on its 7th day of remission, down to 29.3 per cent. At the same time, the recovery rate for patients diagnosed with the virus was running positive for the ninth consecutive day, standing at 70.7 per cent, giving officials hope the government’s mid-April deadline for lifting the lockdown partially or wholly will be met.

There is a lot at stake. The Spanish economy has already taken a pummelling and an extension of the deadline could signal the partial paralysis of Spain’s all-important tourist industry and the allied economies that depend on it.