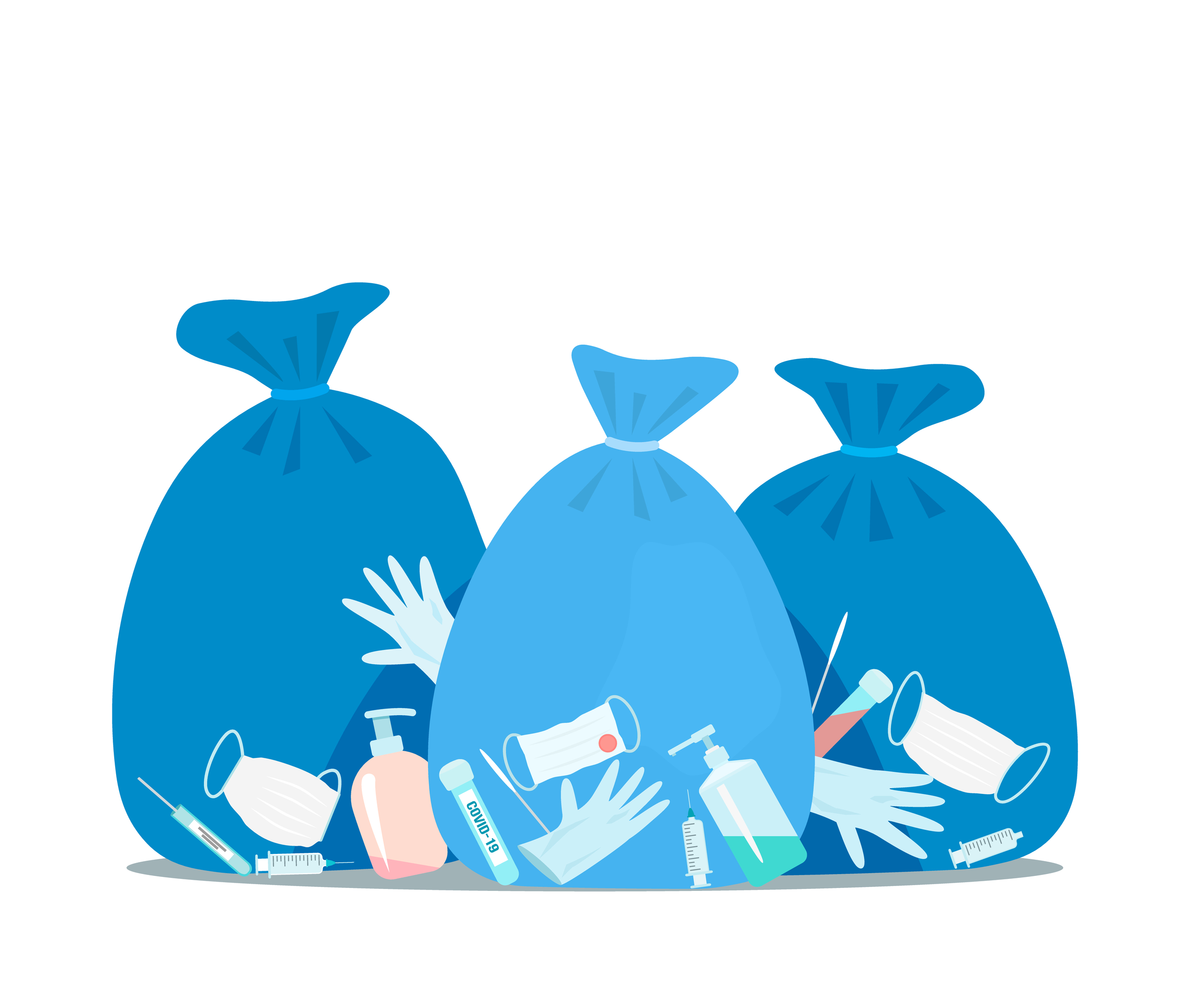 Biotechnology business Advetec believes NHS net-zero goals are being held back by a series of ‘green misnomers’ and a lack of waste education. Trusts should re-educate themselves about the waste journey, take the blinkers off and harness innovations such as biotechnology.

Waste management might have been surprisingly absent from the COP26 global agenda – but it has a critical role to play in supporting the acceleration of NHS net-zero goals.

To make the radical changes needed to achieve net-zero and reduce the NHS contribution to the UK’s total carbon footprint, trusts must address the fate of all waste, including non-recyclable.

The NHS generates approximately 600,000 thousand tonnes of waste per year and for every 100 tonnes that go to landfill, a staggering 47 tonnes of CO2e (carbond dioxide equivalent) are generated – not including the CO2 and particulate emissions created by the act of transporting that waste for disposal.

Many NHS trusts believe they are well on the way to reducing waste going to landfill and that the majority of their non-clinical waste from  primary care estates is recycled. They have waste contracts in place and recycling bins aplenty – it appears that all is in hand. But what they do not know is that, despite these efforts, 50 per cent of NHS trusts’ waste still goes to landfill or for incineration.

This 50 per cent is made up of mixed residual waste – the waste that cannot be segregated or sorted for recycling because it contains contamination such as an organic fraction. This could be a half-empty drinks bottle, a yoghurt pot or a sandwich wrapper with crusts in. When hospitals talk about their waste, this portion often gets overlooked altogether. It does not even get a direct mention in the Delivering a net-zero NHS guidance. We call this ‘forgotten waste’.

How is it possible for NHS trusts, many of which have dedicated waste managers, sustainability leads and significant waste contracts, to have such an inaccurate view of their waste reality? One view is that it is human nature to celebrate progress, which can distract us from the rest of the picture. The other possibility is that mixed residual waste is not on the radar because no one thinks it a big enough issue to warrant action.

With increased scrutiny from government, regulators and the public, and with the danger of ‘greenwashing’ (conveying misleading environmental information) looming large over reputations, progress will only be accelerated if trusts garner a more accurate picture of all waste.

With improved knowledge about the waste journey will come greater accountability, as well as the insight needed for NHS leaders to query their waste handlers’ choices, make more informed decisions and dictate their own desired waste outcomes, rather than letting suppliers chart the course or do the detailed ‘green thinking’. When NHS trusts better understand their different waste streams, the options for that waste and how it fits within the wider waste journey, forgotten waste comes squarely into view.

One trend we are seeing across the UK is for organisations to say they send ‘zero waste to landfill’. It is a commendable claim as landfill is widely recognised as an unacceptable form of disposal (due to toxins, leachate and greenhouse gases). However, when you interrogate these statements, the frequent reality is that zero goes to landfill because a large proportion of waste, namely forgotten waste, is sent for incineration, or ‘energy from waste’ (EfW), instead.

Unlike most of continental Europe, 99 per cent of EfW plants in the UK do not capture heat offtake generated, which makes them an inherently inefficient form of waste processing and not as virtuous as it might sound. About half the energy created from burning waste is lost into the atmosphere rather than harnessed for greater commercial use. Add the transport-related carbon and poor air quality from lorries delivering waste to the plant into the mix, and it starts to paint a much less green picture.

This example highlights the need to know the real meaning behind every waste statement – if it is not going to landfill, then it is probably going to EfW, which is most certainly not green. Perhaps it is time for the language to shift to what trusts are doing rather than what they are not.

A significant part of this problem is human behaviour. While the public will separate waste at home (albeit to varying levels of success and requirement) they rarely exhibit the same behaviours elsewhere. For high-footfall locations like hospitals, this presents a challenge.

Even when recycling bins are widely provided, there is a strong chance of organic matter contaminating and changing the content’s destiny from a recycling centre to landfill or EfW. Equally, plenty of people will simply put all their waste in a general bin, and not even think about what they could separate.

As well as increasing recycling efforts, awareness is also required on what can be done to reduce residual waste further before it goes to landfill or incineration.

Despite all the big targets, ambitions and intentions around the green agenda, we must be realistic. Even with a huge commitment to delivering a net-zero health service, landfill and EfW will remain part of the NHS waste picture. We cannot change everything – but we can reduce the amount that is sent there, and we can do it now. Those trusts ready to improve waste management will be willing to harness more innovative methods, perhaps the easiest of which is using biotechnology to reduce the amount of waste that leaves site.

Biotechnologies such as aerobic waste processing address the effects of human behaviour by processing the mixed residual waste that would otherwise go to EfW or landfill, and, importantly, reduces it by half. A 50 per cent reduction in waste destined for landfill or EfW is an enormous gain, achieved because the method removes the organic fraction and moisture. In turn, this reduces the mass and volume of the waste stream by typically 50 per cent and 85 per cent respectively, and it is all done on site.

The cost, community and environmental benefits are numerous. Reduced mass and volume means fewer wagons collecting waste, which in turn reduces road-related carbon and unnecessary journeys, improves air quality and reduces non-clinical spend. Put simply, it disposes of waste more quickly, responsibly and efficiently and lessens the EfW and landfill burden. Technology could create an easy-win for the NHS in the war on waste.

For the NHS to become the world’s first net-zero national health service, waste management must be championed more resolutely at senior leadership level. We must insist on greater knowledge about the waste journey, scrutinise every decision and claim, and leverage the technologies that actively reduce the use of EfW and landfill. There’s no room for waste myths or the status quo to prevail anymore. It is time to do something different – and that process must begin by asking, ‘are we talking rubbish enough?’