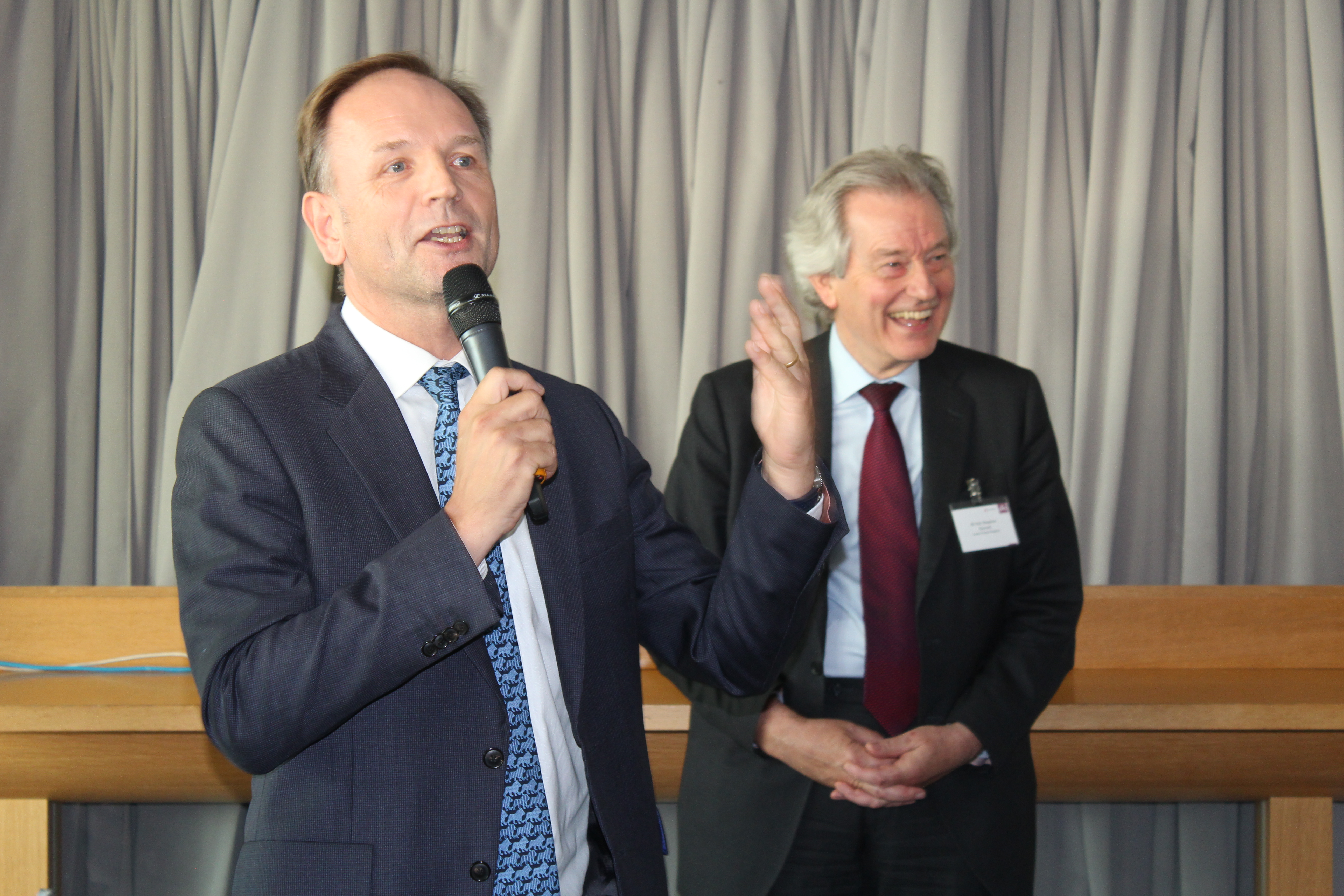 Decade-long strategies were once considered a ‘nice to have’ rather than a tangible solution to pressing challenges for the UK healthcare sector. However, with the publication of the NHS Long Term Plan earlier this year, the healthcare sector has begun to align itself to an ambitious strategy that sets out the direction of travel for many years to come. As Chief Executive of NHS England, Simon Stevens reaffirmed his commitment to this long-term strategy in his address at the Public Policy Projects (PPP) summer reception to hundreds of thought leaders from across the UK health sector.

Reflecting on 71 years of the NHS, Mr Stevens noted the simple but often neglected truth, “the NHS needs to change.” With the evolution of technology and the development of evermore sophisticated treatments, as well as changing patient needs and the rise of new medical challenges, this has never been truer. He reflected that “our patients and therefore their needs are fundamentally different than they were 70 years ago – those that once came to hospitals with tuberculosis now come with dementia.”

It is through this changing landscape and because of these changing needs that health and care services in the UK are inspired and enabled to progress. However, as the last 71 years has shown, rising to the challenge is not easy.

Workforce issues arguably present the biggest single obstacle to delivering on the objectives of the Long-Term Plan. Mr Stevens enthusiastically stressed that filling the hundred-thousand vacancies in the UK healthcare sector was “front and centre” in his priorities. However, despite the rhetoric, it remains unclear how recruitment and retention issues can be addressed in the short or even medium term.

As well as evaluating the overall numbers and the NHS’ role as a healthcare provider, attention must be paid to the importance of the NHS as an employer, the largest in Europe. This said, “currently, only half of the almost 1.3 million people think that we are a flexible enough employer,” commented Mr Stevens. He believes the agenda for change he is leading is crucial to ensuring that the NHS continues to recruit the best and brightest young people to work in the healthcare service. Spotlighting areas of progress the NHS has recently made as an employer, Mr Stevens hailed the recent agreement of a five-year contract to reshape individual practices on GP fees. He hopes this arrangement will heal the “scar tissue” left by the junior doctor’s dispute.

Technology and the NHS

With Matt Hancock heading up the Department of Health and Social Care, a self-confessed tech fanatic, digital innovation is unlikely to be an area facing political friction. If anything, substantive digital ambitions are being driven from Whitehall with the NHS hurrying to deliver on the eagerness of the Secretary of State’s aims.

“Alexa, where is Matt Hancock’s social care green paper? ” asked Stevens, to an amused audience. Keen to stress that technology is not a silver bullet, Stevens’ approach is more conservative, despite clearly recognising the potential of digital innovation to drive improvements and progress in the NHS. “The ability to actually become one of the first major health systems in the world to deploy AI as part of our decision-making process is hugely exciting,” he reflected. From electronic patient records allowing new systems of integrated care to better respond to existing patient pathways to the use of AI in managing population health data for prevention strategies, sophisticated digital strategies could yield massive rewards.

NHS England is not alone in having to come up with new ideas in this area. Thankfully, NHS Digital, headed by Sarah Wilkinson, and the newly created NHSX led by Matthew Gould, are on hand to assist with fulfilling the Secretary of State’s wishlist. The digital agenda is something that Stevens insists has immediate potential with partnerships key to seeing progress in this area.

Partnership is a two-way street

An inability to build and sustain partnerships with industry should not prevent the health service from embracing technology. Mr Stevens outlined one of his priorities as getting partnerships to become truly long-term and permeable relationships. In doing so, he acknowledged that the NHS has not been as successful as it should have been in fostering these relationships.

However, considering both sides of the debate, industry has not always met the necessary requirements for successful partnerships with the NHS, a point that Hilary Hutton-Squire, Gilead’s UK and Ireland General Manager, was keen to raise in her supporting address. “Industry needs to understand the constraints under which the NHS Operates,” she said. Taking this thread further, Mrs Hutton-Squire emphasised the importance of companies fostering an appreciation for the restrictions the health service operates within. These are not solely financial, but also include requirements to be transparent, equitable and consistent. “The NHS needs to be visibly fair in terms of the decisions it makes,” she said, “so if we disagree with a decision, we cannot spend time battling it.” 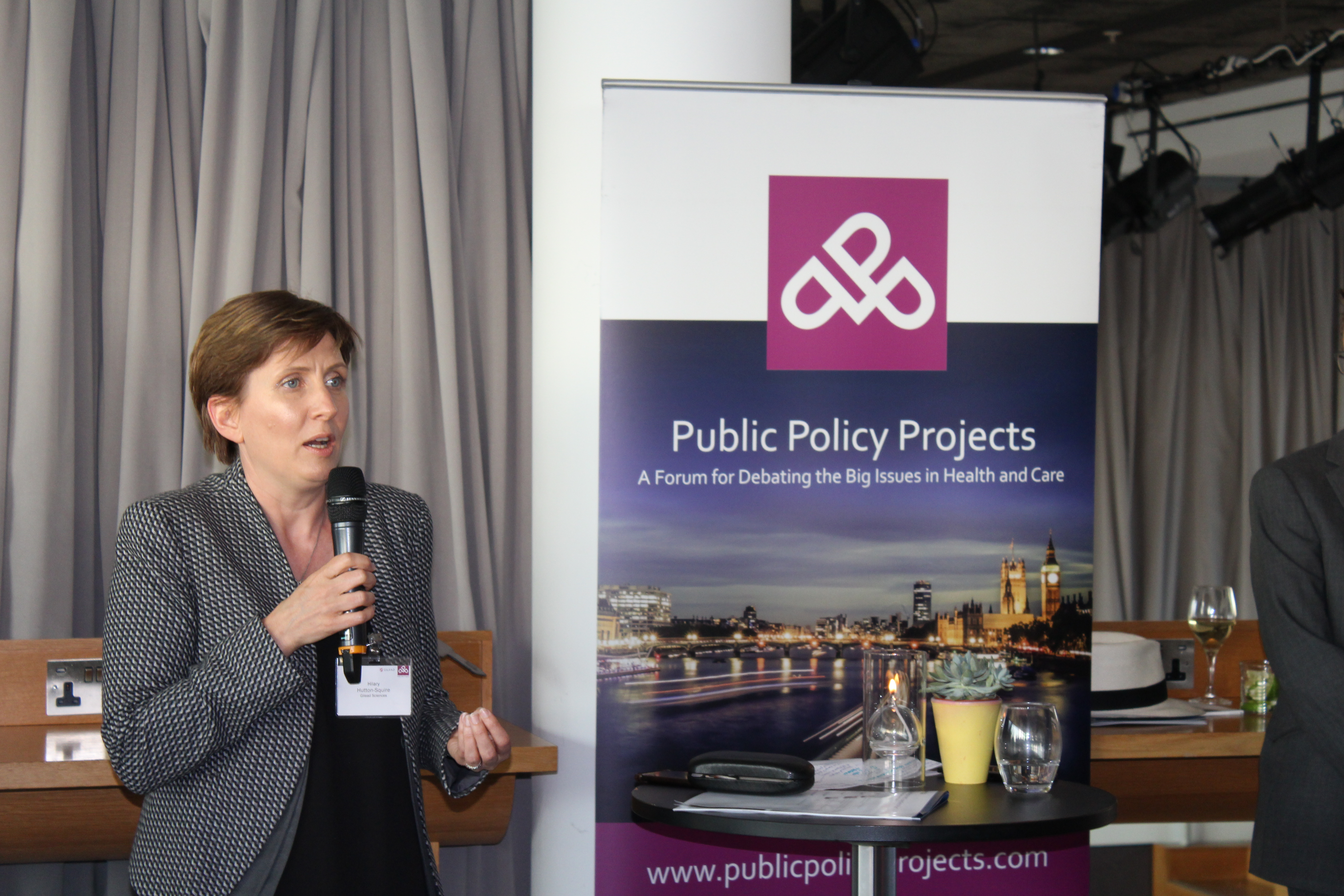 Not only is the NHS undergoing system transformation at multiple levels, the wider economy is too. “We need to have the conversation about what it is in the system that needs to change to make things work for everybody transparently and fairly moving forward,” said Mrs Hutton-Squire in reference to the role the life sciences sector has to play in ensuring R&D efforts are well placed for citizens, as well as private companies. There is widespread appreciation for the financial constraints the health service faces and will almost certainly face into the distant future. New models of partnership must be developed to reflect these economic and structural circumstances.

As can reasonably be expected with a 10-year vision, there are countless areas of development and progress to watch. However, focusing on this, Mr Stevens identified a “big boost in capital funding” as urgently necessary to drive productivity. There also needs to be a renewed focus on local implementation planning as well as finalising the prevention agenda. Mr Stevens did not neglect to mention the increasingly crucial interface through which the NHS needs to interact and integrate with social care. However, despite the challenges ahead, the top Chief Executive in British healthcare remained optimistic. The recent boost in health spending last year has undoubtedly added credibility to the idea of the Long Term Plan being a success. “Whilst we are not in the land of milk and honey, we have come out of the wilderness when it comes to NHS funding and our strategic direction – this puts us in a privileged position,” Mr Stevens said.

“We have come out of the wilderness when it comes to NHS funding and our strategic direction – this puts us in a privileged position,”