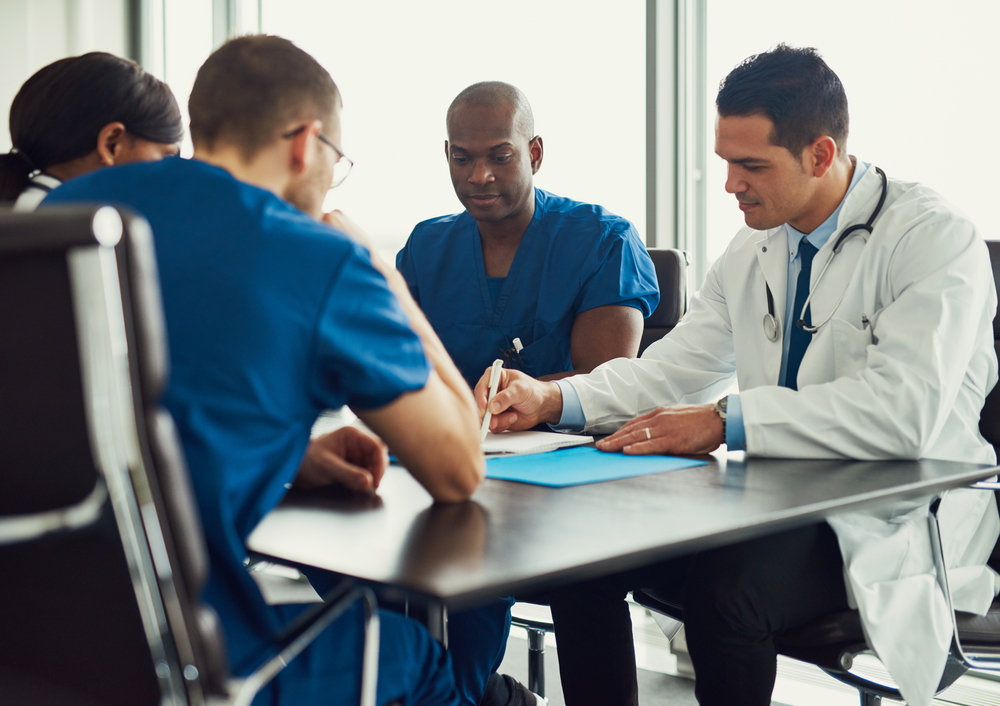 World-leading sepsis expert and founding CEO of the UK Sepsis Trust, Dr Ron Daniels BEM, speaks to Hospital Times about how the UK can lower mortality rates from sepsis, and where improvements can be made at executive and grassroots level across the NHS.

Over 250,000 people are diagnosed with sepsis in the UK every year. Recent figures suggest that our mortality rates are skyrocketing, 46,000 people are thought to have died in 2017, a rate five times higher than the best performing country in Europe. This is according to research from Harvard Medical School and Imperial College London.

However, “we have to interpret these particular statistics with a degree of caution,” advises Dr Ron Daniels. “With any coded data there is always a degree of uncertainty.”

Dr Daniels is certain that the UK is now significantly better at recognising and recording instances of sepsis, thereby increasing the number of reported cases by 13 per cent over the past decade and inevitably capturing more deaths.

He is quick to point out that in terms of mortality rates, the UK is performing better than other developed nations. Germany, for example, currently has a sepsis mortality rate of 40 per cent, which is roughly double that of the UK. However, there is no room for complacency, as the very best centres have mortality rates of less than 10 per cent, something Dr Daniels firmly believes the UK should be striving for.

“If we can reach this level of mortality rate, then it will mean 20,000 lives being saved a year at the very least,” he says. But, in order to achieve this, where does the NHS need to improve?

With most sepsis patients arriving through A&E and performance steadily improving in those areas, Dr Daniels identifies in-patient deterioration as an area through which we can drastically improve sepsis outcomes. “The minimum standard for patient observation in hospital wards is every 12 hours, which allows substantial time for patients to deteriorate,” says Dr Daniels. The Sepsis Trust strongly advocates that hospitals take a proactive approach to tackle this.

According to Dr Daniels, NHS trusts need to be more proactive in allowing for crucial changes to sepsis treatment pathways. Having readily available point-of-care testing for clinicians on wards is essential to this.

Dr Daniels points to biomarkers available at the point of care, such as lactate, that can help reveal particularly serious cases of sepsis. The rapid identification of such biomarkers can be the difference between life and death. “We are currently sending blood tests to labs in different cities and regions, whereas point-of-care testing is readily available,” says Dr Daniels. “This includes testing for all the relevant biomarkers and for the identification of pathogens that can help tailor antibiotic regimens we need to identify organ dysfunction,” adds Dr Daniels. He asserts that it is not a huge of leap of faith to ask clinicians to have point-of-care testing readily available.

The Sepsis Trust recognises that for these types of changes, “you need to have board-level buy-in; it needs an executive to take the reins, to develop a robust, trust-wide system of measurement and improvement managements.”

Of course, any executive changes made need to be accepted at a grassroots level. Dr Daniels is acutely aware of the pressures facing NHS staff, not least due to his experience as an NHS Intensive Care Consultant. The rapid adoption of technology to assist clinicians in their efforts to improve sepsis outcomes is of paramount importance.

“Healthcare workers are stretched and reliance on agency and temporary staff is increasing,” says Dr Daniels. “We must embrace new technology to help them.” Examples of recent innovations that trusts might consider include electronic patient observations including wearable technology to augment clinical observations.

“Any technical resource that aids clinicians in their decision-making on sepsis will save lives,” says Dr Daniels

Developing and grouping together rich data sets will be increasingly crucial to dealing with sepsis as, “the application of machine learning presents a huge opportunity for us to establish precise treatment options for patients, as well as enabling us to be far more efficient with our use of antimicrobials.”

In order to facilitate this, the Sepsis Trust has campaigned for the establishment of a registry of sepsis patients. This is now being taken seriously by the Department of Health and Social Care, which has begun working with statutory bodies to make this happen.

The Public and the Politicians

Dr Daniels has been at the forefront of developing national sepsis policy over the past decade and was instrumental in developing the Sepsis Six. But in 2010 he recognised that there was a need for further direction at the upper echelons of the NHS as well as at the Department of Health and Social Care.

This was the genesis of the formation of the UK Sepsis Trust. Dr Daniels says: “In 2010, what became apparent was that, to have a transformational impact, we needed to engage the public, media and politicians. The only vehicle by which this could be done was through a charity.”

“Our first real challenge was finding out who in the Government was responsible for addressing sepsis,” says Dr Daniels, who spent three years attempting to pin down the answer and convince the Government that it was in their portfolio to manage.

Today the picture is clearer, and the Trust has proved to be a key driver in furthering UK sepsis policy. The Commissioning for Quality and Innovation (CQUINN) was introduced across hospitals and subsequently we have gone from 32 to 80 per cent of patients receiving antibiotics within the first hour of their diagnosis. This policy alone might have saved thousands of lives.

Dr Daniels is the first to acknowledge that there is still much work to be done. Public awareness campaigns on sepsis are still in their infancy and many patients affected by the infection do not even know they have it. The word sepsis needs to generate the same understanding among the public as cancer. To do this, we need to ensure that the public are engaged with the emotional journey of sepsis