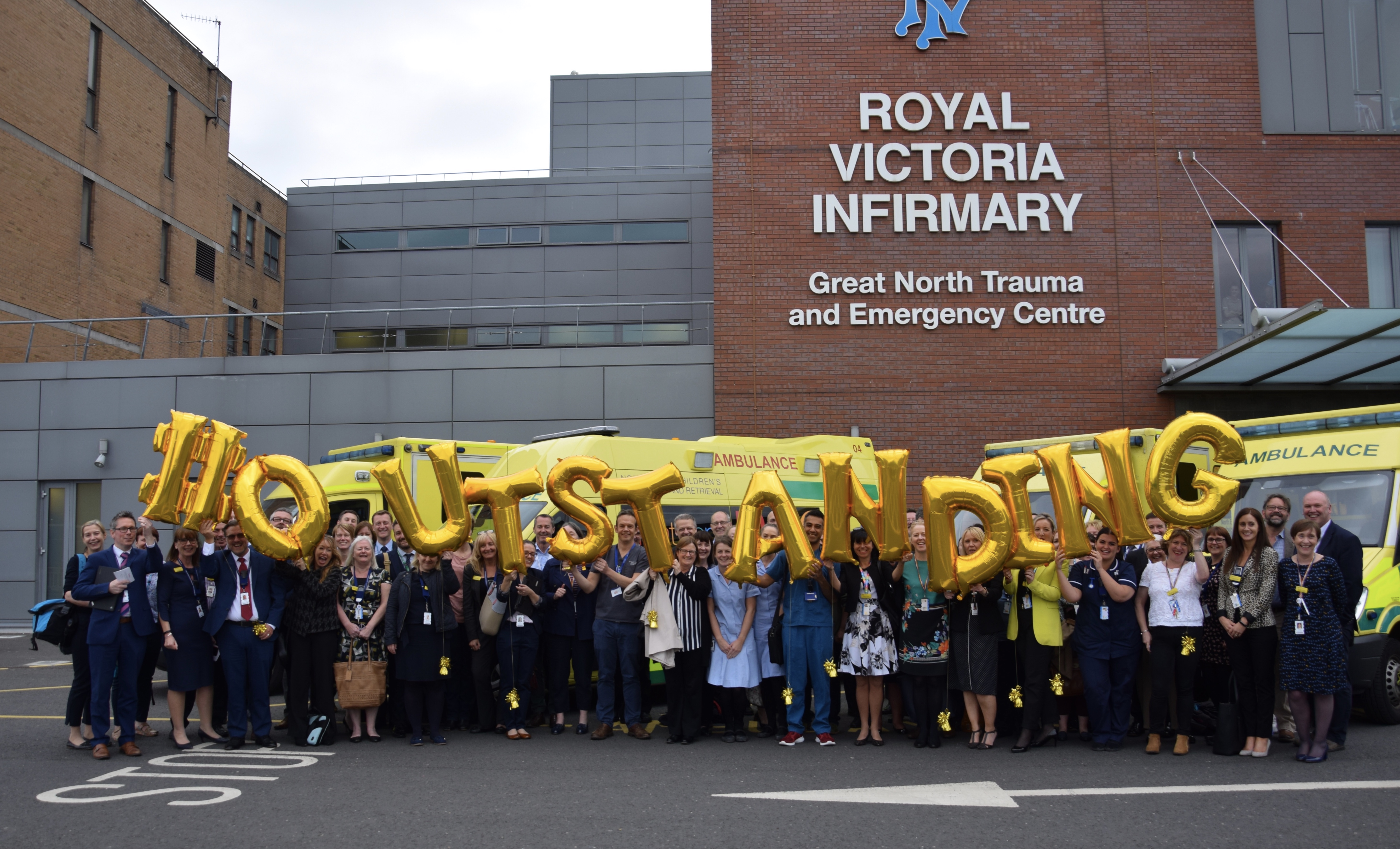 Newcastle upon Tyne hospitals NHS foundation Trust became only the fith trust to receive a second “outstanding” rating from the Care Quality Commission (CQC), following the publication of the healthcare watchdog’s most recent report.

The announcement was made following an inspection of services in January 2019, followed by a series of further unannounced visits.

The report rating represents the highest accolade possible for an NHS organisation and matches the rating it last received in 2016, although further improvements have been made since its last inspection.

The Trust’s biggest hospitals – the RVI and the Freeman – along with the Dental Hospital also received the top rating and departments which had the highest level of scrutiny from the CQC – emergency care (which this year was one of the top performing health Trusts in the country for its A&E target) end of life care and diagnostic imaging all received incredibly positive reports.

“We are all incredibly proud to receive such positive recognition from the CQC. It really is an amazing achievement and down to each and every member of staff who work tirelessly, day in and day out, for our patients,” said Chief Executive Dame Jackie Daniel.

She continued: “Newcastle Hospitals is very much a team; staff care deeply about the work they do and it’s their compassion, commitment and their energy to change and innovate that makes our organisation so special.”

« What does outstanding look like?
Time to think outside the box on childhood obesity »